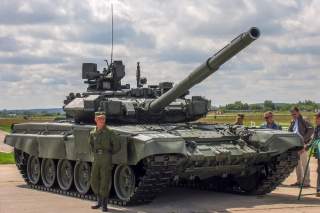 Since President Vladimir Putin appointed Defense Minister Sergei Shoigu in November 2012, the official message from the top brass and leading defense officials presents the Russian military as advanced, reformed and undergoing modernization. Shoigu has introduced some departures from the course of reform set under his predecessor Anatoly Serdyukov (2007–2012). However, the representation of Russia’s Army as a new all-powerful tool at the Kremlin’s disposal is hyperbole. The many weaknesses in defense planning, reform setbacks and the systemic challenges facing the domestic defense industry have been submerged in overly glowing public relations assertions as well as masked by the Crimea operation and the air campaign in Syria (RIA Novosti, May 20).

On May 20, the Ministry of Defense officially reported on Shoigu’s comments at its regular Board session. In accordance with its agenda, the management staff of the Armed Forces, representatives of state agencies and public organizations discussed action plans from 2013 to 2016, and considered the main tasks for the military to 2020. In addition, Shoigu offered an overview of the situation in Syria and Russia’s operations to support Syrian government forces (Mil.ru, Interfax, May 20).

(This article originally appeared in the Jamestown Foundations’ Eurasia Monitor)

According to Shoigu, since 2013 the Russian military has made significant advances in the areas of aerospace power and in the Northern Fleet. He offered the rather odd statistic that the “combat potential” of the Armed Forces has increased by “32 percent,” without explaining to his audience that this is not the same as “combat capability” or “combat readiness.” The overall achievements of the Armed Forces since 2013 contributed to Russia’s success in strategic tasks in the Arctic, the Crimean peninsula, the Mediterranean Sea, deep-sea areas and in the air. He asserted that the modernization of the Armed Forces’ weapons and equipment is proceeding on target, with the share of modern or new items increasing to 47 percent. He highlighted the surge in combat training activities and strategic exercises, with the modern means of training growing “2.5 times.” In addition to the dazzling statistical display, Shoigu said that combat training needs to change yet again, this time to take into account the “transient” nature of modern conflict and lessons from operations in Syria; he did not mention that in this “transient” scheme Russia’s military has been involved in southeastern Ukraine for over two years or that its operations in Syria show no sign of ending. “Modern military conflicts are very brief. Decisions to create and prepare various groups of troops are made within tight deadlines. In view of these peculiarities and the experience gained in Syria, the armed forces are introducing new forms and methods of combat training,” explained Shoigu (Mil.ru,TASS, May 20).

Undoubtedly, the Russian Armed Forces are making progress and advancing due to the increased volume of state investment in the modernization program; Shoigu repeatedly offers this message at public events. Russian analysts and commentators are less inclined to focus on the manifold weaknesses and challenges facing the country’s military and its system; and the message from the top brass that finds its way into the Russian media is often simply regurgitated in Western coverage. The results of such an approach are already proving to be dangerous, with serving United States generals calling for increased spending or plans to deal with the “Russian threat,” without sufficient strategic planning. One retired North Atlantic Treaty Organization (NATO) general has even suggested that the Alliance and Russia will be at war in 2017. Almost everywhere, the “Russian threat” offers an image of Moscow commanding highly advanced forces with assets and approaches to warfare that render the US and NATO vulnerable (RT, May 18; see EDM,July 28, 2015); April 5, 2016; May 19, 2016).

This tendency to promulgate the Shoigu myth in estimating the capability of Russia’s military and the extent of the challenge offered by a resurgent Russia features acutely in high-end technology-based assessments of its use of electronic warfare (EW) or its fledgling adoption of command, control, communications, computers, intelligence, surveillance and reconnaissance (C4ISR). According to these interpretations, Moscow’s harnessing of EW capability borders on becoming a “super weapons,” with some analysts suggesting that NATO should retrain forces to meet the challenges of combating Russian forces without relying on technological advantages. Yet, while Russia has certainly shown progress in its modernization of EW assets compared to the underfunded experience of the 1990s, there is no “super weapon” capability. And as demonstrated by the piercing of the “air defense bubble” in Syria, NATO forces are in no danger of experiencing a technologically denied battlespace (see EDM, April 11; Voyenno Promyshlennyy Kuryer, September 30, 2015; October 7, 2015).

While the issues facing Shoigu’s defense ministry are real and pressing, much of it is the result of the failure to address underlying deep-rooted problems within the military system. Resolving the shortages of housing for officers and offering improved living conditions is one area being tackled, with the promise of a mortgage system to benefit the Armed Forces in the long run. Although uptake is currently around 20,000 annually (Nezavisimoye Voyennoye Obozreniye, May 20). A fundamental unresolved challenge is the largely unreformed domestic defense industry, which, according to one analysis, has seen mostly an upsurge in the numbers of accountants operating in the various companies. Little progress has been made toward price transparency, or concern for trying to lower prices generally. And no evidence supports the idea that “market economics” are being introduced to the defense industry, which still heavily relies on the state for its lifeline and sources of corruption networks (Voyenno Promyshlennyy Kuryer, May 17).

Moreover, Russian defense industry specialists continue to identify seismic weaknesses within the system, particularly in attempting to integrate systems design and development and work on lengthening lifecycles for the various weapons and hardware systems. Integration is also a problem when trying to coordinate the work of industry specialists, engineers, research staff and defense ministry personnel (Nezavisimoye Voyennoye Obozreniye May 20). Since Serdyukov was replaced in 2012, the defense industry is swamped with numerous efforts to exercise control over its cash flows and try to minimize the loss of state funds through corruption. While advances in modernizing are certainly achieved, there are also ongoing delays to introducing new systems (Voyenno Promyshlennyy Kuryer, May 17).

Shoigu’s style of management of the defense ministry lends itself to slicker PR and talking up the achievements of force modernization. However, the Russian military is not fully reformed or modernized and far from the “threat” represented in some circles. Western governments need to avoid overreaction to advances in Russia’s military capability and to assess this process soberly.

This article originally appeared in the Jamestown Foundations’ Eurasia Monitor