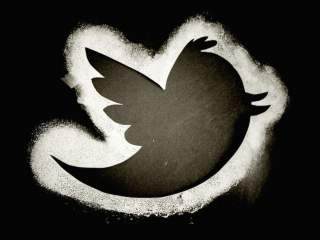 The so-called “Islamic State” owes more to Stalin than to Muhammad.

For the millions of Arabs suffering under its rule in Syria and Iraq, IS (also known as ISIS) publicly beats women for accidentally exposing a stray strand of hair, cuts off the fingers of old men caught smoking cigarettes, marks the houses of Christians and other religious minorities so that they can be killed.

No offense seems too small for ISIS not to punish harshly. Merely uttering of the word “Da’ish” — the Arabic acronym for “Islamic State of Iraq and Syria,” a nomenclature the organization rejects — is punishable by stoning.

While the reality on the ground is harsh, the view of cyberspace is oddly attractive to too many Westerners.

ISIS has won hundreds of thousands of followers and fans on Twitter and Facebook. Its seventh-century views are promoted through a deft social-media campaign: Jihadists from all over the world now holed up in ISIS territory transmit Tweets calling for new recruits in their respective native tongues. YouTube clips of masked men beheading Western hostages give the group an outlaw allure among young people in Europe and America.

And it works. Hundreds of British subjects and French citizens have left their comfortable lands to make dangerous journeys into war-torn Syria, where more than 200,000 civilians have been killed and millions displaced since 2011.

How can a free society counter such a cyber campaign?

Part of the answer lies beyond the realm of social media itself. Governments must wage information campaigns to dissuade Westerners from joining ISIS in the first place and police and intelligence services must track down those who do join nevertheless.

Social policy is also part of the solution. Studies of the life stories of Europeans and Americans who eagerly join ISIS point to a range of factors that made them vulnerable to the group’s call. They are desperate for the sense of meaning that comes from being part of a larger struggle. Western society has taken away so much responsibility from school- and college-aged youth; many Western recruits talk about wanting to make their own decisions and do something that they choose. Others report that they feel comforted by the total ideological embrace of radical doctrines. The creed’s severity—in direct opposition to liberal society’s notion that the individual can do whatever he chooses provided he doesn’t harm others—is part of the attraction. Still others report that their immigrant statuses make them feel as if they don’t belong in the Muslim lands that their parents left and don’t belong in the wild Western lands in which they now live. Joining ISIS takes them out of the uncomfortable middle ground. So a radical imam’s incendiary exhortations give them a sense of belonging, a side.

But the biggest part of the solution to anti-social social media lies not on the ground, but in cyberspace itself, where old-fashioned tools of warfare need to be reimagined. Traditional notions of deterrence do not have obvious utility in a campaign to counter social-media activity by a terror group.

Still, Western intelligence agencies appear to have stumbled upon one possible solution—a way of using advanced hacking techniques to force ISIS activists to pay an intolerably high price for some of their Tweets. Among the many boastful Tweets and blog entries posted from ISIS territory, some appear to have provided valuable intelligence to Western governments at war with ISIS, including the locations of hidden military targets.

Many of these telltale admissions were unconscious ones by ISIS recruits. Darien Kindlund, director of threat research at the American cybersecurity company FireEye, notes that metadata available through social media “… can contain information about the identity of the author, when the content was created/modified, and potentially reveal location information around where the content was authored.”

ISIS has noticed that its online sword is indeed double-edged. ISIS now warns its followers that the amount of documents and files that they are posting via social media could expose ISIS targets and, as ISIS leaders put it, the “data that could turn your hair gray.”

To the extent that some of ISIS’ “soldiers” of social media have grown fearful and reluctant to post new material—which appears to be the case—the siphoning of intelligence information from a social-media campaign does constitute a form of deterrence.

There also needs to be an offensive campaign via social media. It would necessarily include, on the one hand, a campaign of videos, Tweets and other postings that expose the hypocrisy of the ISIS ideology and how it strays from normative Islamic teachings. But truly regaining the initiative would entail the use of social media to reframe the broader discussion of Islam and Jihadism.

The United States has new technological capacities to analyze hundreds of millions of social-media messages by jihadists dating back to 2001, according to recent congressional testimony by Dr. Dafna Hochman Rand of the Center for a New American Security. Such analysis would enable the United States and its allies to more thoroughly understand the flow of ideas and map the successes and failures of competing arguments and narratives about religion and political violence online.

Once the patterns are analyzed, a new creative campaign could be organized to bring moderate religious leaders together with artists, writers and musicians. They would collaborate to construct a new narrative about the role of Islam in the future of Syria, Iraq and the broader Arab region. Where ISIS butchers tweet the joys of carnage, their opponents would tweet the virtues of civil society and understanding. Where ISIS beheads an innocent, its opponents would use art to breathe new life into the true teachings of Islam’s beloved prophet. And where ISIS spews hatred of all non-Muslims, as well as Muslims who disagree with them, its opponents would make the case that peaceful coexistence is the only answer to the turmoil of the Arab world today.

Singapore offers a compelling model upon which to build. When that city-state saw a substantial influx of radical religious teachers, its intelligence services quickly realized that they were too numerous to monitor or to arrest, and instead sparked a backlash. Instead, they launched a public-information campaign to demonstrate how radical groups have strayed from Islam. Osama bin Laden gave his fighters permission to drink alcohol, they pointed out, when Islam teaches no one has the power to ignore divine commands. They connected radical groups to dictatorial and unpopular nations. And so on. Calling on people to be good citizens or avoid violence simply won’t work. Engaging radical Islamic ideology directly and pointing out its internal contradictions and flaws does work.

Other models come from the Arab world. The so-called “prison debates” in Egypt—in which former radicals openly argued with active terrorists—and the televised debates in Tunisia between Jihadists and genuine Islamic scholars show that the radicals usually lose these intellectual fights. Why not host such debates online?