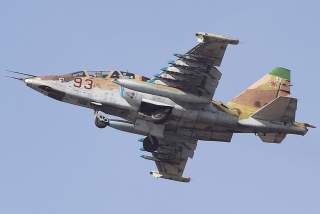 Russia is claiming that its forces are cooperating with the French military as it ramps up its operations against the Daesh terrorist entity in Syria.

“In accordance with the orders of the Supreme Commander-in-Chief, organization of cooperation with the French Armed Forces is started,” reads a Nov. 20 statement from the Russian ministry of defense.

However, France has not confirmed that the two nations’ militaries are coordinating their efforts against the terrorist group, which launched a deadly terrorist attack on Paris on Nov. 13 that killed over 130 people. But Russian president Vladimir Putin is set to host French president Francois Hollande in Moscow on Thanksgiving Day on Nov. 26. Military coordination between the two powers is not outside the realm of possibility.

“Whatever you think of the Russians, the fact is that they are the only ones able and willing to commit significant assets to the fight,” former French diplomat Simond de Galbert, who is currently a visiting fellow at the Center for Strategic and International Studies, told Politico today. “I think it’s difficult to blame the French for exploring [coordination with Russia], especially since President Obama has implied this week that the Paris attacks aren’t an event that justify altering the U.S. strategy in Syria.”

Meanwhile, Hollande is also set to meet with U.S. president Barack Obama in Washington tomorrow. The two leaders are expected to discuss a response to the Paris attacks. Hollande is likely to ask the United States to cooperate with Moscow.

“I think he’s going to ask, first off, for the United States to work more with Russia,” Rep. Rick Larsen (D-Wash.), a member of the House Armed Services Committee, told CQ Roll Call.

But Obama has already stated that he’d only be willing to work with the Russians if they step away from backing Syrian dictator Bashar al-Assad. Obama is also likely reiterate Washington’s demands that the European Union maintain its sanctions regime against Russia over the Ukraine crisis. Moreover, Obama is likely to demand that the French avoid hitting certain critical Daesh targets to avoid collateral damage. Indeed, three out of four American sorties flying over Iraq and Syria don’t drop ordinance because of directives from the White House.

Elliott Abrams, a former U.S. deputy national security adviser, told CQ Roll Call “that won’t be received very well by the French.” Obama is likely to “be reminded that the French have closely monitored civilian casualties caused by our drone strikes,” Abrams told the paper. Indeed, leaked U.S. documents show that U.S. drone strikes cause a lot of civilian casualties—indeed as many as ninety percent of those killed during such attacks are civilian bystanders according to a report from The Intercept.

Meanwhile, Russia is aggressively attacking Daesh’s oil facilities in Syria after more than doubling the size of its air contingent in Latakia to sixty-nine aircraft. Russia posted videos of its bombers destroying several such targets in on its defense ministry’s website. “In the course of the last five days, the Russian aircraft have destroyed over 1000 petrol tank vehicles, which had carried out transportation of crude oil to the plants controlled by the ISIS terrorists,” the Russian defense ministry states.