The Key to Understanding China’s Economy: Its Politics 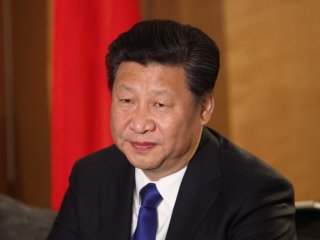 Over the past several months, it has become more than a full-time job trying to figure out what is going on in the Chinese economy. There have been many good efforts to make sense of all the disparate numbers that are coming out of Beijing and to tell people what to look for moving forward (including from George Magnus, Gabriel Wildau and Eswar Prasad), but it is challenging. One thing that should not be—but often is—forgotten in the sea of numbers is the politics of the reform process. The political dimension can provide some much-needed context as to the problems Beijing is facing. Let me suggest three political factors that may be contributing to Beijing’s disjointed and seemingly sub-optimal economic decision-making process.

No matter how talented the economists sitting around the perimeter of Zhongnanhai may be, decisions are made by the mostly non-economist leaders of the Communist Party, and economic reform puts their legitimacy at stake in a very fundamental way. It is easy to forget that all the proposed reforms—currency, stock market, state-owned enterprise, among them—require that the Chinese leaders loosen or lift their levers of control over the economy, something they are loath to do. Their legitimacy hinges largely on economic growth, and the market introduces a significant degree of uncertainty into the equation and their ability to deliver that economic growth. The leaders will constantly be experimenting with how much they can let go to achieve the change they want while still holding on to as much power as they can. We should expect economic reform to continue in fits and starts.

Xi Jinping Is the Ultimate Decider.

The word on the hutong is that the buck stops with Xi Jinping. Some good may come from that, but here are a few of the reported challenges: First, the buck stops with Xi, but Xi does not necessarily understand the nuts and bolts of the economic issues he is trying to address; and when he does address them, it is not clear that he is entirely comfortable with the risk and volatility that transforming China into a market economy entails. Second, Xi is primarily concerned with how the economy can advance China’s position in the world, so appealing to Xi’s sense of China as a global power is the way to get an initiative approved: hence “One Belt, One Road” (which many Chinese economists are concerned will not actually provide any real benefits to the Chinese economy) and the aggressive push for the Chinese yuan to be added to the International Monetary Fund’s SDR basket (a move some Chinese analysts believe happened before the country’s financial institutions were ready). Third, there are multiple power centers in the economic decision-making process: Xi and his advisers, Wang Qishan and his economic kitchen cabinet, and Li Keqiang and his increasingly hapless team.  Enough said. And finally, when Xi travels, economic decision-making grinds to a halt, and Xi travels a lot.

The Burden of Expectations.

With Xi Jinping and his team now beginning their fourth year in power, the pressure is on to deliver some significant reform success. Most analysts and businesspeople outside China believed that the Chinese government would roll right through its massive economic reform agenda broadly laid out in the November 2013 third plenum of the 18th Party Congress. It wasn’t a question of “if” but “when.” That is not happening. In addition, the Chinese people want their assets to be secure, their children to be well-educated, and their air to be clean. All of these are actually monumental reform agenda items. (Note: surely it cannot be chance that in 2012, Chinese nationals made up 1,675 of the ten thousand EB-5 visas—visas granted to people who invest one million dollars in a U.S. company and provide jobs for ten people—offered by the U.S . government and in 2014, they accounted for 8,308.) At the same time, labor protests have just about doubled during 2014-2015 to 2,500. Social stability remains the leaders’ paramount concern, and could easily be a trigger for a round of poor economic choices.

None of this is to say that economic reform in China won’t happen. But it will reflect all the messy and painful politics that plague any country trying to overhaul its economy, and then some.

Elizabeth C. Economy is the C.V. Starr Senior Fellow and Director for Asia Studies at the Council on Foreign Relations. This article first appeared in Asia Unbound.