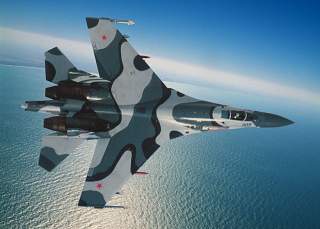 Last week, I was once again in attendance at the Russian MOD’s Moscow Conference on International Security (MCIS). This was the fifth such conference and the third that I’ve attended. In the past, I’ve summarized all the key speeches by Russian participants. That seems less necessary this year as video from the entire conference has been posted online, both in Russian and in English.  I do have the slides from most of the speeches, which have not been posted online by the organizers, and will post them over the next few days. Other than that, it seems more valuable to write up my general impressions, rather than focusing on the specifics of what was said.

The overall tone was less hostile toward the United States than last year. Last year, the speakers were quite open in declaring that the United States was creating threats to international security by undermining governments of states that refused to go along with U.S. “diktat.” This year, the formulations were much more indirect, along the lines of “some [unnamed] states are continuing to have a negative impact on international security by promoting exclusive military blocs, establishing military bases around the world, and dictating their will through the use of their military superiority.” While the target of such formulations is of course entirely transparent, the mere fact that the United States is not being mentioned by name is a sign that the Russian government is at least making an effort to shift its rhetoric to a less hostile stance.

The desire to reestablish a relationship with the United States was made clear when the topic turned to the threat of terrorism, the primary theme of this year’s conference. Here, the Russian officials made sure to argue that the ability of the United States and Russia to cooperate in Syria shows that the two countries can work together and stated that they hoped that such cooperation could be expanded to a broader range of issues. This line was prominent in all the speeches, and particularly in those of Nikolai Patrushev, Sergei Shoigu, and Valery Gerasimov.

Of course, the unspoken subtext underlying this call for cooperation was predicated on the notion that Russia and the United States could solve all the world’s security problems if only the United States followed Russia’s prescriptions on how to act. This was most openly stated by Sergei Lavrov, who said that what the West needs to do is to drop its anti-Russian policies.

While Russia’s relationship with the West was still one of the primary topics for discussion, it was certainly less central than at any of the past conferences. The majority of the non-Russian plenary speakers were from Asian states, and one of the two initial substantive plenary sessions was on military cooperation in the Asia-Pacific region. After the usual opening lineup of Russian government heavy-hitters (Patrushev, Shoigu, Lavrov, Bortnikov), the first plenary on the threat of terrorism included the defense ministers of China, Pakistan, and Iran, as well as Hamid Karzai. The Asia-Pacific panel included more Asian defense ministers, this time from India, Indonesia, Vietnam, Singapore, and Laos. The most striking thing about this panel was the lack of any participation by Russian officials. Unlike the first panel, where Valery Gerasimov presented the Russian government’s view on the threat posed by international terrorism, the Russian government chose not to present its view on Asian security issues. The only Russian on the dais for this session was conference host and panel moderator Deputy Defense Minister Anatoly Antonov, who said little of substance on the topic at hand.

It seems to me that the Russian government’s lack of participation in the Asia-Pacific discussion was quite deliberate. Russia is in a bit of a bind in the region. One the one hand, it is dependent on its “strategic partnership” with China, especially since the deterioration of relations with the West. On the other hand, it is looking to develop security and especially economic ties with a number of Southeast Asian states — most particularly Vietnam and Indonesia — and to deepen its existing relationship with South Korea. The disputes between China and its Asian neighbors, particularly the maritime border dispute in the South China Sea, places Russia in a difficult position. I would not be surprised if the absence of a Russian speaker on the Asia-Pacific panel was a deliberate decision taken so as to avoid having to make the hard choices about how to thread the needle on the sensitive issue of China’s security relations with its neighbors.

Finally, a few words about the general atmosphere. The conference was much better organized than last year, when panels repeatedly ran over time and the agenda had to be modified on the fly. Shoigu was not visibly unhappy, as he was last year. The conference was also much larger than in the past. The plenary sessions took place in the large Congress Hall, rather than in the meeting rooms of the Radisson Ukraina hotel as in the past. The increase in size was also notable in the addition of breakout sessions and the expansion to a second day of panels.

While in the previous two years, one had a sense of being at a conference that was an opportunity for a wide range of representatives of rogue (and quasi-rogue) states to get together, this was largely absent this year. Sure, the Iranian Defense Minister took the opportunity to go on about “Zionist terrorism,” but this was the exception, rather than the rule. The 2016 list of speakers notably excluded senior officials from countries such as North Korea and Cuba, who had prominently featured in past years. They were replaced by representatives of countries such as Argentina, the Philippines, and Chile. In addition, the presence of senior officials from South Africa and most major Asian and Middle Eastern states highlights the global nature of the event. The absence of Western officials, which looks set to continue as long as military cooperation between Russia and NATO remains frozen, prevents MCIS from becoming a truly global conference. But even absent the West, the high level of representation from a wide range of countries from around the world is a clear indication that the MCIS has become a regular stop on the global international security conference circuit.

Dmitry Gorenburg is a Senior Research Scientist at CNA where he conducts research on security issues in the former Soviet Union, Russian military reform, Russian foreign policy, ethnic politics and identity, and Russian regional politics. He is also the editor of the journals Problems of Post-Communism andRussian Politics and Law and a Fellow at the Truman National Security Project. This piece originally appeared on Gorenburg’s Russian Military Reform blog on May 4.