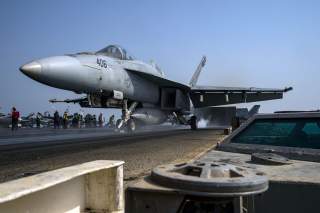 Since its articulation in 2011, the ‘rebalance’ or ‘pivot’ to the Indo–Pacific has encountered substantial skepticism from some quarters. To some observers, the pivot is doomed. Such analysts tend to overlook the gains the pivot has achieved; underestimate how it prepares the United States to deal with the major remaining challenges the region faces; and oversell the implications of the delay or abandonment of the proposed Trans-Pacific Partnership (TPP) agreement. By contrast, I will argue that the pivot is not doomed and is in fact alive and well: it was and remains the right policy for the United States; has already achieved substantial results; is assisting the United States in getting through a difficult period in relations with two key allies who are undergoing substantial domestic turmoil; and is a long-term policy that should continue to unfold over several years to come, with potential additional gains remaining to be captured in the out years.

The importance of the Indo-Pacific – home to five U.S. treaty allies; numerous democracies and important trade and investment partners; four nuclear weapons states (India, China, Russia and North Korea; five if one includes Pakistan), and a substantial portion of the world’s economic activity and anticipated future economic growth – is undeniable. This is especially true as the European Union confronts potential disintegration and economic stagnation, and with the Middle East in deep turmoil. And it is also true that the Indo-Pacific is the source of substantial security threats to the United States, most notably in the forms of North Korean nuclear weapons development and brinkmanship, and Chinese coercion and challenges to regional order. Prior to 2009, the perception was taking root that the United States had turned its attention away from the region for good and was prepared to cede it to Chinese influence. This was, in part, the motivation for the pivot.

To strengthen U.S. influence, counter these negative trends, and reinforce positive regional cooperation in support of the liberal, rule of law international order, the Obama administration pursued the pivot, a whole of government policy that has already achieved numerous gains for the United States. Among these are:

These gains are largely if not completely irreversible and, as I have argued elsewhere, have in many cases entered into the standard bureaucratic planning and operations of many U.S. agencies as well as the baseline assumptions about the region’s organization held by many of its most important actors. They do not, however, address the totality of challenges to U.S. interests, values, and allies that are present in the region.

There are three major challenges for the next administration that the pivot has helped lay the groundwork for addressing, but has not (and was not designed to nor could it reasonably be expected to have) resolved, and one challenge that it was designed to address but has yet to achieve:

The pivot laid the groundwork for a more aggressive effort to challenge North Korea and impose costs on it for its actions by tightening defense cooperation with South Korea and Japan as well as by moving forward U.S. assets and encouraging greater intelligence-sharing between Seoul and Tokyo. Washington has also won support for the condemnation of North Korean human rights abuses at the UN, imposed substantial new sanctions on Pyongyang, and won some acquiescence and support for punishing North Korean provocations and violations of UN Security Council resolutions from China and Russia. The next administration will have to build on this by assessing how far to go in imposing secondary sanctions on Chinese organizations that violate the sanctions regime.

The pivot also enabled the United States to manage tensions with China and achieve some notable positive outcomes despite Beijing’s many highly provocative actions abroad and a rapid turn towards deeper authoritarianism domestically. In addition to avoiding armed conflict, the U.S. approach to China under the pivot has enabled some cooperation on stabilizing and deepening military-to-military ties and enhancing the safety of U.S. military personnel operating in proximity to Chinese forces; reducing cyber-enabled industrial espionage; coordinating on steps to address global climate change and reduce the fallout from the global financial crisis; and produced some diplomatic cooperation on confronting North Korea, Iran, and the Islamic State. Additionally, as a consequence of credible signaling of Washington’s support for positive cross-Strait ties, the United States was able to sell Taiwan record amounts of defense hardware, assisting Taipei in modernizing its armed forces without leading to a break in U.S.–China relations. Washington’s growing ties with regional actors have also enabled it to marshal some diplomatic support for condemning Chinese actions, while a more geographically distributed and operationally resilient U.S. force posture and tighter defense cooperation with key partners bolsters the U.S. ability to resist any efforts to target U.S. forces or compel them to leave the region.

Additionally, the pivot better prepared the United States for the turbulence it has encountered in relations with Thailand and the Philippines in recent years. In the summer of 2014 the Thai military launched a coup that toppled Prime Minister Yingluck Shinawatra from power after weeks of opposition-led street protests that had brought Bangkok to the brink of civil unrest. Though U.S.-Thai relations have suffered substantial cooling in the wake of the junta’s seizure of power, the Obama administration has been careful to preserve the alliance and play the long game for when the military finally returns to barracks and the country is handed back to civilian rule. Similarly, with the advent of the Rodrigo Duterte administration in Manila, the alliance between the United States and the Philippines appears to be in substantial turmoil as a consequence of the Filipino president’s view of the United States. The prospect of a complete break in Washington-Manila relations is reduced, however, because the Filipino people are overwhelmingly pro-US, partly as a consequence of efforts by the Obama administration to strengthen ties and support the Filipino filing at the Permanent Court of Arbitration. Like with Thailand, the pivot may help the United States get through a tumultuous period driven by a set of developments in the internal politics of the Philippines, hopefully preserving the warm relations between the two countries despite the particular peculiarities of the Duterte administration.

Finally, a word about the TPP is in order. Taken together with closer cooperation with allies, engagement with emerging powers, support for regional multilateral institutions, and a cooperative relationship with China, economic engagement with the region constitutes one of the five legs of the pivot, and TPP is widely seen as the leading indicator of deeper U.S. economic ties to the Indo-Pacific. In the wake of the global financial crisis, the Obama administration sought new sources of economic growth, including through exports abroad and a more efficient allocation of capital at home. Together with ratification of the Korea-U.S Free Trade Agreement, TPP was intended to provide an economic counterpart to the political-diplomatic, multilateral or institutional, and military or defense steps outlined above. If TPP is never taken up by the Congress, or is taken up and rejected, this will constitute a serious setback for the pivot, although it is debatable whether or not this would truly constitute a crippling blow. However, rival programs for deepening economic cooperation in the region (the China-Japan-Korea Free Trade Agreement or the Regional Comprehensive Economic Partnership) do not appear to be moving ahead quickly and are, at any rate, shallow in terms of overall economic impact and so will not dramatically change the nature of the regional economic order if they are realized. TPP’s main impact is often thought of as an indication of regional norm-creation and rules-making, as well as an incentive for regional economic actors to shift production away from patterns that give China undue influence over the economic future of the region. While rejection of the TPP would be seen by many as constituting a serious failure by the United States to influence the future direction of regional economic growth, it is not clear that a delay of TPP (or even a renegotiation of specific provisions) would constitute a loss of anything approaching an extremely substantial magnitude.

As the Obama administration has emphasized, by dint of geography, interests, and values, the United States is and always will be a Pacific nation that will play a leading role in shaping the future of the region. The pivot has undoubtedly achieved substantial gains already, improving U.S. popularity and influence, and positioning America for additional gains in regional economic, diplomatic, and military cooperation for years to come. Any incoming administration would be wise to embrace these gains and build on them so as to preserve and further develop U.S. interests and influence in the region.

Dr. Scott W. Harold is the associate director of The Center for Asia Pacific Policy, and a political scientist at the non-profit, non-partisan RAND Corporation, as well as a member of the Pardee RAND Graduate School faculty.