Is the "Liberal International Order" Dying? 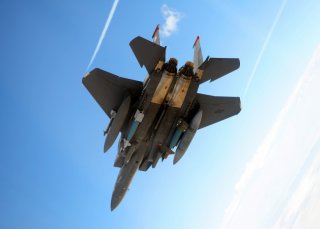 President Obama’s speech to the United Nations was a spirited defense of the current world order and America’s role within that order. It was an acknowledgement that the liberal internationalist status quo is far from invulnerable and, in fact, is gravely under threat; and a warning that the widening and deepening of international cooperation, peace and security require good intentions and assiduous effort on behalf of nations.  Today’s relatively benign world order is the result of farsighted decision-making by past leaders, Obama told his audience; its maintenance is now the charge of today’s generation.

Obama’s stark warning was that all is not well at the core of the international system.  The benefits put in place by the victors of World War II are in jeopardy.  Autonomy, territorial integrity, security from predation, the right of self-determination and the conditions for economic growth and social flourishing—all of these supposed benefits of liberal international order are at risk of being taken away.  To blame for this historic threat to international progress (and chief among the president’s bêtes noire) are autocratic Russia and the fanatical militants of ISIS: Moscow’s annexation of Crimea and its meddling in Eastern Ukraine are representative of an aggressive way of conducting international affairs that has no place in today’s world, while ISIS’s brand of brutal religious fanaticism is similarly beyond the pale of acceptable behavior.

Against aggression, disorder, division and hatred stand the United States and its allies.  While Moscow engages in conquest and seeks to undermine the security of its neighbors, America devotes its energy towards fighting Ebola.  Russia imposes itself through the force of arms whereas the U.S. is comfortable with the use of diplomacy to resolve its differences with Iran.  The countries of Eastern Europe and Central Asia are drawn into Russia’s orbit through fear and intimidation but the United States acts as a benign hegemon in the Asia-Pacific, fostering peace and security through the rigid application of commonly understood “rules of the road.”  And although the U.S. is not shy of using its military might, it does so only in service of noble goals—in order to curtail the “horrific crimes” committed by ISIS militants, for example—and even then only with the cooperation of other like-minded states.

Obama cited this summer’s events in Ferguson, Missouri as evidence that Americans do not always live up to their ideals.  Skeptics in the audience of the UN General Assembly, however, will have been able to think of their own (foreign policy) examples of U.S. hypocrisy: the invasion of Iraq in 2003; the willingness to sanction the independence of Kosovo against a chorus of protestation from Belgrade and elsewhere; the support lent to those who ousted the elected leadership of Ukraine earlier this year; the widespread use of drone warfare in spite of sizable civilian casualties and weighty ethical (and legal) concerns; and so on.

In short, not all world leaders will be won over by the president’s portrayal of America as the knight in shining armor.  The truth is that even some of America’s closest military allies are mere fellow travelers rather than devotees to liberal internationalism; several of Washington’s most valued strategic partners are allies not out of conviction but rather because of a parochial interest in leveraging American power in the service of regional goals: the leaders of Sunni Arab states who fear the expanded influence of Iran, for example, or the nervous governments of East Asia living in the ever-growing shadow of a rising China.  Do these states quake at the prospect of the world losing liberalism as an organizing philosophy?  Or is it the loss of U.S. security guarantees that motivate them?

Finding partners with an indigenous belief in maintaining the core of the U.S.-led international order will be no easy task.  In this sense, Obama and his successors truly have their work cut out for them.  The timid—in some cases, non-existent—criticism leveled against Russia in the wake of its annexation of Crimea (perhaps the most flagrant challenge to liberal norms of recent times) only belies just how fragile support for the current setup really is.  When push comes to shove, who in the world is willing to defend what America and its allies built in 1945?

In the long run, the balance of power between supporters of the American world order and its discontents will come to define international relations.  For his part, of course, Obama has never doubted the importance of U.S. leadership in the modern world.  It is predictable that he would stand up for it. Whether or not his speech will enjoin others to commit to liberal order’s defense in a meaningful way, however, remains to be seen.