The Marine Corps Is Taking Cyber Warfare to the Front Lines 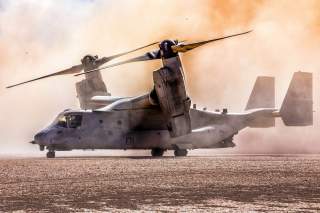 Hacking isn’t a job for programmers at their desks anymore. The U.S. Marine Corps is taking cyber warfare to the front lines.

Recognizing that the Digital Age has fundamentally changed the battlefield, the Marine Corps is in the midst of a full-scale overhaul, integrating cutting-edge technological capabilities at every level from the tip of the spear to headquarters.

In its clearest signal yet, the Corps has plans to change its core ground combat capability, the thirteen-person rifle squad, by adding a Marine specializing in drone operations and electronic warfare.

“The 13-man rifle squad has served us very very well over time,” said the commanding officer of the Marine Corps Warfighting Laboratory, Brig. Gen. Christian Wortman. “But with new technology and new capabilities developing, there’s a recognition that there’s an opportunity to better exploit that technology and that capability and to adapt how we structure the rifle squad.”

This decision stems from the Sea Dragon 2025 exercises that experimented with the size, equipment and capabilities of a Marine infantry unit. Marines were equipped with various electronic warfare capabilities, robotic vehicles, and unmanned aerial systems including a kamikaze-style drone that carried an explosive warhead.

The specific technology and capabilities that future squads will carry into battle is still being determined, but according to Wortman the initial priority is to provide squads with drones to “enhance situational awareness of small unit leaders.”

As Pentagon officials plan for tomorrow’s battles, strategists see an increasingly blurred environment where adversaries will attack across multiple domains—land, sea, air, space and online—on a scale short of a full-out war.

In this new environment, the U.S. military must not only contend with near-peer adversaries but also nonstate actors like ISIS and Hezbollah who have gained disproportionate capabilities through technology.

To adapt to these emerging challenges, the Corps is seeking to recruit and train individuals with cyber capabilities and distribute these Marines across the force.

According to a press release announcing the new occupational field, these additional roles will provide the Corps with a “professionalized, highly skilled workforce that can effectively employ cyberspace defenses, capabilities, and effects.”

The creation of this cyber field comes as the Corps plans to recruit an additional 1,100 active-duty Marines to largely bolster the new Marine Expeditionary Force Information Group (MIG).

Created in 2017, MIG has been stood up at all three Marine Expeditionary Forces to provide capabilities like counterintelligence, signals intelligence, cyber operations, electronic warfare, communications, command-and-control and information operations.

The Corps has yet to determine the exact structure and role of MIG, but according to a planning document, it will play a key role in enabling the Marines to defend and carry out hybrid warfare tasks like influencing foreign audiences, spreading misinformation, providing electronic battlefield awareness and attacking enemy networks.

“You will see cyber operators right alongside air operations officers, logisticians, and artillery fires coordinators, it’s just going to be another component that a Marine Corps unit would have in the field,” explained Dakota Wood, a researcher at the Heritage Foundation and a former Marine officer.

“You can actually achieve physical effects via cyberattack,” Wood said.

On the ground that could mean using cyberattacks to place false data on enemy ships and guidance systems or infiltrating an enemy’s network to locate hostile forces. This would allow a Marine landing force to confuse the enemy and create the space and time needed to make it ashore.

But training these new cyber Marines will take time. All future cyber recruits must first complete basic training, Marine Combat Training, as well as six-months of cyber training. Follow-on schools could take another six months and on-the-job-training could take another year before they are certified.

Altogether, the training pipeline for a cyber operator could take almost three years.

Eugene K. Chow writes on foreign policy and military affairs. His work has been published in The Week, Huffington Post and The Diplomat.