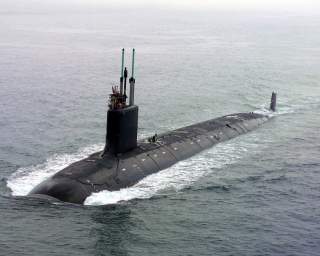 Much has been made of the recent release of the report by the Center for Strategic and Budgetary Assessments (CSBA) into the emerging era of undersea warfare. The wide coverage that the report received in Australia (see here, for example) focused largely on the assertion that “submersibles drones would make submarines obsolete.”

The report’s author Bryan Clark posits that “technological advancements, many of them driven by rapid increases in computer processing power, will likely spur a new round of dramatic changes in undersea warfare.” Those changes are expected to be new capabilities to find submarines, improvements to submarines that will improve stealth and submerged endurance, and new underwater weapon, sensor and communication systems.

Clark doesn’t advance a position as to whether these technological developments will fundamentally affect the current submarine/anti-submarine warfare (ASW) balance. He prefers to make the case for the U.S. to continue research and engagement in this important area in order that the United States retains its technological and operational lead.

This report raises some interesting issues for Australia, for instance, how do we address the more than 300 submarines that are expected to be in the Indo-Pacific by 2030? How will maritime operations be affected into the future, and what are the implications for SEA 1000? In February 2000, at a conference on maritime warfare in the 21st century, I considered a number of the points now being made by CSBA; namely that advances in processing technology would allow the construction of large virtual arrays and hence improve submarine detection, and that the move to low frequency multi-static sonar would force the submarine to adopt noise-cancellation on a ‘pulse-by-pulse’ basis.

Advances in submarine detection have the potential to fundamentally change the way ASW is undertaken. The construction of large virtual arrays, coupled with the move to bi-static low frequency sonar, will dramatically increase sonar array sensitivity and submarine detection ranges. This will serve to inhibit a submarine aiming to engage a surface task group, and either push torpedo engagement ranges further out or force a reversion to long-range anti-ship missile engagements. Either way, the submarine engagement dynamic will have changed.

A warship operating alone won’t be capable of achieving the same extended submarine detection range. An independent ship will have to rely on its own systems as there will be no cooperative platform with which to form the virtual array; although low frequency active sonar will provide some improvement in detection capabilities. The changed dynamic in task group engagements will therefore force submarines to become more ‘opportunistic’ with a greater focus on the interdiction of naval ships acting alone or on merchant shipping. The latter is a serious operational consideration for Australia.

However, one serious problem will remain, made worse by the increased array sensitivity and increased detection ranges, and requiring significant research effort in the coming years: identification. How will it be possible to positively identify a submerged submarine in Indo-Pacific waters prior to engagement, or to avoid engagement? How will it be possible to make the definitive call that a sonar contact is Indonesian, Singaporean, Malaysian, Vietnamese, Japanese, Russian, Chinese, Korean, Indian, Thai or some passing Frenchman? Some sonar techniques will assist—as will water space management arrangements to exchange submarine positional information between close allies—but identification will remain elusive. Declaration of exclusion zones will not solve the problem.

And what will be the impact on SEA 1000? Submarines will continue to have a valid role in the future Australian force structure due to their ongoing ability to exert psychological pressure on an adversary, and for anti-submarine operations, intelligence gathering, interdiction of shipping, and a range of other covert operations. Continuing relevance will however come at a cost, with improved stealth becoming increasingly expensive. As highlighted in the CSBA report, improved through-water communications will also see submerged submarines included in battlespace-wide area networks, and using a variety of underwater autonomous vehicles and sensors. The SEA 1000 solution needs to be cognizant of these trends in underwater warfare if the preferred solution is to be relevant long term.

Submarines and ASW are of high strategic importance to Australia. Investment in networked ASW—both for the detection of adversary submarines and the broader use of our own submerged submarines—is warranted to address strategic risks. Significant research into techniques for the identification of submerged platforms is also required. We cannot and should not just wait for the U.S. to develop these techniques and expect to simply leverage off their investment.

Australia has a vibrant submarine and sonar processing industry—and success in the areas outlined above could be a game changer for Australia in both the operational and industrial sense. We need to be on the front foot for these technical challenges—even it has taken us 15 years to reach this point.