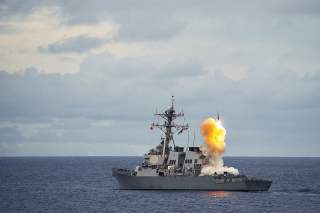 While it is way too early to make predictions regarding president-elect Trump’s national security policy or first defense budget, that hasn’t stopped the talking heads from doing so. The near-hysteria in some quarters over Mr. Trump’s lack of foreign policy experience, the prospect of his finger on the nuclear trigger or some of his remarks on the campaign trail should not allow us to forget that some of the greatest foreign policy and defense Presidents of the past century have been those without the “requisite” experience. Harry Truman, the former failed haberdasher, wasn’t even read-in to the Manhattan Project until after he took office. He created the fundamental structure of the modern global security system. Ronald Reagan rebuilt the U.S. military and won the Cold War.  Not bad for an actor.

The next president has made it clear that he intends to do more for the U.S. military and veterans, to put pressure on long-standing allies to do more and spend more on their own security and to lead from the front should U.S. troops engage in conflicts. Most important in the short-term is his belief that sequestration was a stupid law and needs to be repealed.

What observers need to consider are the broader potential implications for national security of yesterday’s election.  Republicans held on to the Senate and now control both chambers of Congress as well as the White House. While the president-elect and some members of Congress will need to bind up their campaign wounds and come together, there is a tremendous opportunity for the two branches of government to unite and forge a coherent national security policy and even a defense budget profile that reflects the true demands being placed on the U.S. military.

When it comes to addressing national security and rebuilding the U.S. military, one relationship is likely to determine what emerges over the next several years, that between President Trump and Senator John McCain (R-Arizona). Senator McCain easily won re-election. This means he will return as chairman of the Senate Armed Services Committee.  If the new President wants to have a substantive and lasting impact on national security and the state of the military, they will need to work together.

During the campaign, the Arizona senator was one of candidate Trump’s toughest critics.  Trump had some sharp comments regarding the Senator’s wartime experience and some of his current positions. Now they will have to work together.

They are very different individuals. McCain is the long-serving politician, Republican Party leader, Washington insider, war hero and committed internationalist.  Trump is a first time politician and Washington outsider, with no military experience and a more cautious view with respect to American actions in the world.

But in some important ways, the long-serving Senator from the West and the new President from the East are alike. Both want the United States to lead from the front. Both believe in peace through strength. Both believe that Islamic jihadism constitutes a fundamental threat to U.S. national interests and the security of the homeland.

In some ways, Senator McCain is as much a revolutionary as the president-elect, particularly when it comes to the Department of Defense. He is seeking to break up the massive Acquisition, Technology and Logistics bureaucracy. He wants to revise the way defense contracts are written, particularly for major acquisition programs. He wants to reduce the layers of bureaucracy and flatten the defense decision-making hierarchy. He has sought to give senior military leadership more say on what weapons systems the Pentagon buys.

Trump and McCain may well turn out to be the Odd Couple of national politics. If the U.S. military is to be restored after eight years of the Obama Administration’s misuse and underfunding, they will have to work together. It could be that over the next four years they will find that they have much in common, particularly when it comes to national defense. To take a line from my favorite movie, Casablanca: “This could be the start of a beautiful friendship.”