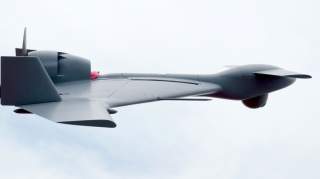 Serious renewed violence broke out between the armed forces of Armenia and Azerbaijan last month (April 2–5, 2016), with fighting in the separatist Azerbaijani region of Karabakh reaching levels not seen since the ceasefire of 1994. One the distinctive features of the recent escalation, which has come to be known as the “Four Day War,” was the extensive use of sophisticated military hardware, including unmanned aerial vehicles (UAV), for surveillance and reconnaissance missions, as well as for use in ground attacks. In fact, the Karabakh conflict may be the first-ever inter-state armed conflict in which drones have been deployed on specifically combat missions. While reports of downed enemy drones in and around Karabakh have been fairly commonplace in recent years, the deployment of UAVs to the so-called “Line of Contact” (LoC) received ample media coverage only after the recent fighting. Azerbaijan has downed three Armenian drones since the beginning of April, one of which was destroyed during the Four Day War (Trend, April 3), while two others were shot out of the sky in the following weeks (Azvision.az, April 7, Ann.az, April 19). Armenia claimed it had downed ten Azerbaijani UAVs during the four days of fighting, but only two cases were confirmed to date with video and photos (Ng.ru, April 22).

The first ever known combat use of a “kamikaze drone” also reportedly took place during the recent fighting between Azerbaijan and Armenia. On April 4, an online video surfaced showing a drone over Armenian positions in Karabakh that appeared to be an Israeli Aerospace Industries Harop (YouTube, April 4). According to the Armenian Ministry of Defense, the drone hit a bus carrying volunteers from Armenia’s Sisian region to the battlefield, leaving seven dead and several wounded (Panarmenian, April 11). One of the wounded later died in the hospital, on April 21 (News.am, April 21).

According to Azerbaijani sources that have not been officially confirmed, the Harop launched six precise shots during the fighting, destroying targets such as the 2S3 Akatsiya artillery system, Armenian air defense units, an assembly point of soldiers, and a military runway at an airbase (Azeridefence.com, February 20).

Following the Harop deployment, Armenia voiced sharp protests to Israel over its supply of modern weaponry to Azerbaijan (Massispost.com, April 11). Meanwhile, Armenian Deputy Defense Minister David Tonoyan confirmed that Yerevan had also been offered advanced military hardware by Israel, including drones, but that they had turned down the offer (Armedia.am, April 11). Despite criticism by Armenia, Israel will reportedly continue delivering new drones to Azerbaijan based on previous contracts (Panarmenian, April 12).

The first reports of Azerbaijan’s drone acquisition date back to 2008–2009, when the country purchased a number of Israeli UAVs, such as the Hermes 450, Aerostar and Orbiter M (Haqqin.az, August 7, 2015). In 2009, a contract was signed with Israel on co-manufacturing and assembling drones in Azerbaijan (Ng.ru, April 22, 2016). Domestic production was launched in March 2011, when President Ilham Aliyev inaugurated Azad Systems, a joint venture between Azerbaijan’s Ministry of Defense Industry and Israeli drone manufacturer Aeronautics Industries (News.az, March 11, 2011).

In October 2011, Azerbaijan signed a deal to license and domestically produce 60 Aerostar and Orbiter 2M drones. According to the Stockholm International Peace Research Institute (SIPRI), Azerbaijan had acquired about 30 drones from Israeli firms Aeronautics Industries and Elbit Systems by the end of 2011, including at least 25 medium-sized Hermes 450 and Aerostar drones (Thegroundtruthproject.org, October 23, 2012). In 2012, Azerbaijan concluded another $1.6 billion arms deal with Israel to purchase UAVs as well as anti-aircraft and missile defense systems (Haaretz, February 26, 2012). According to Oxford Analytica, Azerbaijani purchases from Israel Aeronautics Industries in March 2012 reportedly included ten high altitude Heron TPs, one of the most advanced Israeli drones in service. As of 2012, purchases and production have netted Azerbaijan 50 or more UAVs that are similar in class, size and capabilities to the United States’ Predator- and Reaper-type drones—the key components of the US drone strike campaigns in Pakistan and Yemen (Thegroundtruthproject.org, October 23, 2012). According to SIPRI, between 2010 and 2014, Azerbaijan was the fifth-largest importer of unmanned aircraft in the world, and Israel was Azerbaijan’s top supplier (News.az, March 17, 2015).

Azerbaijan currently operates Hermes 450, Aerostar, Orbiter M, Harop, ThunderB and Heron TP type drones. Two of them, the Hermes 450 and Heron TP, could be armed with air-to-surface missiles. Together with the Harop, they can be used for ground-attack missions, most importantly for suppressing enemy air defenses in the event of the resumption of full-scale war.

Armenia’s UAV program is quite modest in comparison. The country claimed it had started indigenous drone production in 2011 (Azatutyun.am, June 20, 2011). The Krunk, the first locally manufactured drone, was displayed on September 21, 2011, during a military parade in Yerevan (Panarmenian, October 3, 2013). Armenia also imported drones from Russia, its traditional arms supplier. According to Russian drone manufacturer Ptero, it sold four E5 drones to Armenia in 2012 (News.az, December 29, 2012). In 2014, local company Instigate Robotics acquired government permission to launch drone production in Armenia (News.am, January 30, 2014). In April 2015, at an arms show in Erebuni airport, Armenia demonstrated its domestically produced X-55 drones, which are very similar in appearance and characteristics to Russian Ptero drones (Ng.ru, April 22).

Currently, Armenia has domestically produced Krunks, Bazes and X55s, and imported Ptero drones, all of which are relatively low-tech UAVs with limited capabilities in terms of speed, flight altitude, endurance and operational range. None of them can be armed for ground-attack missions.

If the 1991–1994 war was fought with mostly insurgent tactics, a possible new war in Karabakh promises to be a conflict of modern weaponry, in which having a technological edge over the enemy and effectively deploying sophisticated military hardware could be crucial in defining the outcome of operations. Drone deployment is one of those fields where Azerbaijan currently has an ostensible edge over its rival. Although Azerbaijan was the major employer of drones in the recent fighting, the relatively higher “casualty rate” among Armenian UAVs could be explained by their technological inferiority. Azerbaijan’s economic capabilities (the country’s $4.8 billion military spending for 2015 dwarfed Armenia’s $447 million military budget—Bloomberg, April 6) have enabled it to create a much larger and technologically superior drone fleet. Azerbaijan also seems to be better at mastering the effective deployment of UAVs in actual combat, as proven by the increasing precision of its strikes on enemy positions and improved operational command in the battlefield.