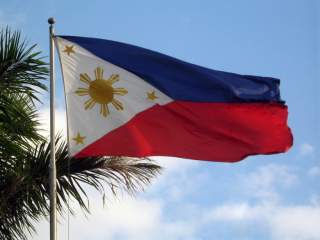 The populist strongman from Davao, which is the largest city in Mindanao, is nicknamed ‘The Punisher’ and ‘Duterte Harry’ for his alleged involvement in extrajudicial killings of around 1,000 criminals in that city during the late 1990s. Duterte secured 38.49% of the presidential vote, ahead of 23.46% and 21.66% for his rivals Manuel Roxas and Grace Poe, respectively. He won on a populist message that he’ll clean up the corruption and criminality that plagues the Philippines and prevents its rapid GDP growth of 6.7%—the fourth fastest economic growth rate in the world—from benefiting the majority of its people.

Duterte’s record in Davao, and his rhetoric used during the campaign of ‘death squads as apolitical platform’, raise concerns that progress towards democratization following the fall of the Marcos regime in 1986 could be rapidly undone, and that a new period of authoritarianism (PDF) and human rights abuses may emerge.

Duterte’s foreign policy rhetoric suggests that under his Presidency, the Philippines could suddenly shift its position on the South China Sea crisis in a manner that would generate uncertainty, and  weaken ASEAN’s ability to develop a common position against an assertive China. The Philippines will be the chair of ASEAN in 2017, and so Duterte’s position on the growing crisis in the South China Sea really matters. The problem is that his rhetoric is confused—on one hand he suggests a willingness to engage China bilaterally over the crisis in exchange for Chinese economic investment, on the other he proposes a multilateral roundtable discussion that China would oppose. And then there is loose talk of confronting China at Scarborough Shoal on a jet ski—the maritime equivalent of a shirtfront!

The shifting policy position of the President-elect is likely to reinforce the risk of miscalculation on both sides of the dispute and generate further provocations. The Permanent Court of Arbitration (PCA) in The Hague is currently assessing a crucial legal case presented by the Philippines against China on the issue of disputed territories in the South China Sea. Its finding is likely to be handed down in June, and could favor the Philippines. China is vowing that it will ignore the PCA’s finding, and in doing so, weaken legal norms such as UNCLOS. Duterte has indicated he’s not a strong supporter of international legal solutions to disputes stating: ‘I have a similar position as China’s. I don’t believe in solving the conflict through an international tribunal’. His stance could embolden China to be more assertive. Under Duterte, the dynamics of this crisis look set to change in China’s favor.

A Duterte government is also likely to pose challenges for the Philippines’ key external partners—the United States, Japan and Australia. Australia is already uneasy with the prospect of dealing with Duterte, given his inappropriate comments about the tragic murder of an Australian missionary. Duterte has threatened to sever relations with Australia as a result of criticism by Australian diplomats over his comments related to the rape. Australia may be uncomfortable in seeking closer relations if Duterte continues the practice of extrajudicial killings and reverses progress towards democracy.

Australia must also consider the broader implications for our defense diplomacy with the Philippines under Duterte. The 2016 Defense White Paper notes the importance of the Philippines given its strategic location, and its approach to maritime security, counterterrorism and other aspects of regional security (5.58). If Duterte begins to shift the Philippines defense posture to one that’s more accommodating of China in the South China Sea, perhaps through bilateral arrangements, or by side-stepping the outcome of the PCA, he would undermine efforts to strengthen the rules-based international order that fundamentally says ‘might does not make right’, and which is a key assumption underpinning Australian defense policy. That would lead to an erosion of ASEAN unity, and China would directly benefit from the probable fallout for the Philippines relations with Japan and the US. The US has just undertaken a third Freedom of Navigation operation, near Fiery Cross Reef, and moved to loosen restrictions on arms sales to Vietnam. It comes as Chinese survey vessels have been sighted near Scarborough Shoal—a mere 225 km from Manila—a move that suggests Beijing may determine to militarize the disputed island in the near future.

An unpredictable populist President in Manila could quickly undo a key component of regional counter-balancing against Beijing. The South China Sea crisis has just got a lot more complex.