The Next Global Financial Crisis: A Chinese Sovereign Debt Default? 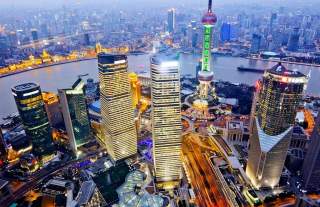 Moody’s recent downgrading of China’s sovereign debt rating triggered waves of reaction in both financial markets and policy circles. But like many other rating adjustments it looks more like a lagging, rather than a leading, indicator of an existing risk factor. China does have a major debt problem. But given its recent policy action, China’s sovereign debt risks will in fact likely fall going forward, although debt risks in other areas might rise.

One widely cited indicator China’s debt problem is the ratio of broad money supply (M2, or cash plus bank deposits) to GDP, which was running at 208 per cent at the end of 2016 — among the highest in the world. By international standards, the Chinese M2/GDP ratio should be 170 per cent but it’s 60 to 70 percentage points above that. Comparing borrowing across sectors, the leverage ratios of both the government and households are not particularly high. But borrowing by nonfinancial corporations has reached 170 per cent of GDP, which is also among the world’s highest.

Second, China’s savings ratio has been unusually high, often above 50 per cent of GDP, over the past decades. Much of these savings are held as bank deposits.

And third, there is an inherent acceleration mechanism in China’s monetary policy. The money supply expands in good times in order to facilitate an increase in economic activity, but it also expands in bad times to stabilize the economy and the market.

So far China has not experienced a major financial crisis, despite the many risks and inefficiencies in its financial markets. This is for two key reasons — undisrupted rapid economic growth and the presence of a government guarantee for banks and state-owned enterprises. During the Asian financial crisis, for example, when the average non-performing loan ratio actually reached between 30 and 40 per cent, the implicit blanket guarantee for bank deposits meant that there was no bank run.

That approach cannot, of course, continue forever. GDP growth has slowed by nearly 4 percentage points between 2010 and 2016. This has caused serious problems for corporate cash flows and balance sheets and already led to an increasing number of zombie firms. And the Chinese economy has fallen into what the Bank for International Settlements calls the ‘risky trinity’ — rising leverage ratios, declining productivity and narrowing policy flexibility. All this suggests that, as financial risks grow, the government’s ability to guarantee against these problems will decline.

In past years there has been clear evidence that financial risks constantly rotated to different areas, from the equity markets to shadow banking, from the debt markets to real estate and from digital finance to the foreign exchange market. This results from too much investable liquidity and too few investment opportunities.

Although the M2 to GDP ratio has been high for a long time, Chinese depositors were previously happy to keep all of their savings in banks. But about two years ago the growth of the narrow money supply (M1, or cash in circulation) suddenly surpassed that of M2 and the gap between the two has continued to widen. This suggests that depositors are no longer satisfied with low interest payments on their term deposits and want to invest their savings elsewhere. Unfortunately, because investment channels are pretty limited, wherever the new money goes it creates a bubble, followed by uncomfortable consolidation.

In late 2016 Chinese policymakers started to warn against systemic financial risk and devised a policy package to deal with it.

The main problem to address is the government’s blanket guarantee. The default of financial products and bankruptcy of zombie firms, both of which have started to occur in recent years, are necessary to maintain overall financial stability. The Ministry of Finance recently set up clear rules for local government borrowing. It also introduced a program to swap local government short-term bank loans for long-term government bonds, in order to reduce maturity mismatch problem on their balance sheets.

In early 2015 the central bank set up a deposit insurance system for commercial banks. In 2016 the government focused on deleveraging in the corporate sector by introducing initiatives like debt-to-equity swaps. And in early 2017 financial regulators began work on deleveraging in the financial industry, especially in the less transparent shadow banking sector. Officials may also take decisive steps towards reform of state-owned enterprises (SOEs), so the government can focus on capital returns without heavily interfering with SOEs’ daily operations.

The Chinese government appears to be on the right track in addressing the country’s debt problem.

Of course, as Moody’s correctly pointed out, it is too early to pronounce the success of these reforms. It’s also uncertain whether China would be able to completely avoid a financial crisis in the coming years. For instance, the adoption of deposit insurance system would likely increase the incidence of bank failure but significantly lower the probability of other forms of financial crises, including sovereign debt default. Some defaults and bankruptcies in the economy are inevitable. They are a means of deflating aggregate risk pressure and maintaining overall financial stability. But with the government’s total debt at around 50 per cent of GDP, China still has some room to mitigate near term sovereign debt problems, especially considering its massive state-owned assets and relatively closed capital account.

Moody’s latest downgrading could turn out to be more a warning of past problems than a prediction of future risks.

Yiping Huang is Professor of Economics at the National School of Development, Director of the Institute of Digital Finance, Peking University and Visiting Professor in the Crawford School of Public Policy at The Australian National University.