The Next Great War: America vs. China? 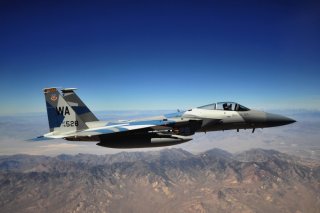 The Sino-American relationship may be in decent shape. It's other countries we should be worried about.

Last year, the centenary of World War I's outbreak, was a bonanza for history fans. The prior benchmark The Guns of August, published 50 years ago, was comfortably eclipsed by several authors with access to new archives.

Still, World War I continues to vex, even as we unearth deeper clues to its causes. One of 2014's more thoughtful books – actually a collection of essays from some seriously heavyweight contributors – The Next Great War?, directly tackles the question at the back of everyone's mind today: what parallels between now and then?

The causes of World War I were so numerous and profound that “they are undetermining individually and overdetermining collectively.”

In other words, no single factor caused the war, but together all were irresistible: entangling alliances of approximate parity, a “security dilemma” of mutual fear, “the cult of the offensive,” “militaries gone rogue,” nationalistic domestic coalitions, the belief in “pre-emptive mobilization” (first strike advantage), a failure to understand the defense-dominance of new technologies, the “indivisibility problem” (eg. control of Turkish Straits), domestic paralysis and lack of legitimacy, “bounded rationality” (imperfect information), complacency, fatalism, credibility, mediocre statesmanship and outright lunacy.

In sum, World War I was caused by the “tyranny of small things...the accumulation of contingencies.”

Do these factors exist today? Overall the book concludes that “there are many more differences than similarities. Arguing that China in 2014 is Germany in 1914 is neither precise nor helpful.” It goes on to say that “It is inaccurate to describe the prevailing climate in either country as bellicose or complacent...the US has more time to manage its relationship with a rising power than Britain did a century ago, and China has more incentive for restraint.” The book's editors conclude hopefully that “the US-China relationship looks easier to manage than the multipolar system that led to 1914.”

But the multipolarity angle is an historical argument worth exploring.

The world in 1914 certainly wasn't a German-British duopoly. The Anglosphere tends to over-emphasize this rivalry. We rarely hear, say, French or Turkish accounts of the war, though they were as deeply affected. It is true that Britain and Germany represented “anchors” of two alliance systems, but their direct antagonism had probably peaked already. As late as July 1914, Royal Navy ships were paying friendly visits to Kiel. By then Germany was more worried about Russia: “The problem that the German General Staff and many among the civilian leaders thought truly dangerous was the growth of Russian power. If Germany was Britain's naval nightmare, Russia was Germany's army nightmare.” It was the very absence of a clear hegemonic order that created the multipolar mess the Great War became. Between Pax Britannica and Pax Americana, as Lamont Colucci has recently noted “the medium and lesser powers attempted to use the great powers for their own reasons.”

And the willingness of smaller nations to fight was striking. In his impressive concluding essay, former Australian Prime Minister Kevin Rudd cites predecessor Sir George Reid defiantly addressing the German Reichstag in 1912: “Peace is our supreme aim, it is the one thing we must have even if we have to fight for it.”

Rudd, who has warned of “a maritime Balkans” in Asia, notes that Australia would go on to suffer a 64% casualty rate in World War I, the highest of any nation. The Balkans was the “tinderbox” in which several dysfunctional, aggrieved, proud little states eventually set all Europe ablaze. As always “the costs of war are knowable only in retrospect” but even Russia, resurgent and feared, knew how internally destructive war would be. The famous Durnovo memorandum makes this clear. The editor of The Next Great War?, Richard Rosencrance, argues 1914 was the “worst of all possible worlds” where great powers “committed their support to a particular ally (Serbia and Austria) whose role in the war would be less than decisive.”

The reason why the Balkan morass quickly coalesced into a conflict between two great alliances is easily understood by the logic of “my enemy's enemy is my friend.” Bipolarity “solves” an equilibrium problem. Some argue it is actually stabilizing. The US has built a network of Asian allies, any of whom could act irresponsibly. The World War I parallel would become more compelling if China itself purposefully cultivated its own alliances: North Korea? Pakistan? Iran? Russia? “Usually hegemonic great powers have the greatest number of allied responsibilities and the most extensive periphery of interests. It is hardest for them to back down,” Rosencrance notes.

Thus an American scholar of European history puzzles about contemporary Asia: “The US has played a great power role in the western Pacific since at least 1898. Indeed its unwillingness to cede to the Japanese exclusive control over the region helped to preserve the Chinese polity in the early 1940s. Now these ambitions appear inappropriate to the Chinese.” How hard will they push? Another contributor remarks: “imputations of encirclement, naval expenditures, propaganda, self-consuming nationalism...it is hard to imagine that China's leaders are not sensitive to Germany's history.” Lee Kwan Yew's prediction, that “not until China has overtaken the US in the development and application of technology can they envisage confronting the US militarily,” is less than reassuring.

Kevin Rudd notes “the perception of some in the US policy establishment that China is simply buying time, taking the strategic temperature down at a declaratory level, while operationally continuing its long-term project of maximizing its national power, against that day in the future when China is able to begin to act unilaterally.”

Though a multilateralist, even he sees the difficulty of a grand bargain. “A new concert of power would seem to require more cooperation and even constitutional change than China or the US is ready to accept. Beijing has insisted on dealing separately with each regional counter-claimant to East Asian real estate, ruling out a more general settlement. This means the US must provide backup for each ally.”