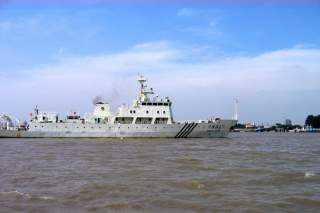 As Indonesian president-elect Joko Widodo, also known as Jokowi, prepares officially to begin his term later next month, there remains a degree of uncertainty regarding the future policy settings of his administration both at home and abroad. One thing, though, seems increasingly clear: momentum is building toward the realization of Indonesia’s long-dormant potential to emerge as a maritime power.

The vision of Indonesia as a “global maritime nexus” (poros maritim dunia) gained prominence during the presidential campaign and seems set to become a central focus of the upcoming Jokowi administration. While Indonesia’s emergence as a maritime power is by no means assured—it will face many challenges ahead—we may be witnessing the dawn of a new era in Indonesian history.

The precise details of that maritime vision remain a work in progress, but some preliminary observations can be made. The foundation of the “global maritime nexus” concept is primarily economic: it seeks to increase maritime connectivity and thus economic equality between the various Indonesian provinces. That argument has been convincingly advanced by Faisal Basri, a leading economist and member of Jokowi’s expert team on the economy. Yet according to Basri, the vision of Indonesia as a maritime power isn’t limited to the economic dimension alone, and can also contain a security or defense function, including the protection of state sovereignty.

While Jokowi hasn’t spoken at any length on his own vision of the concept, the vision and mission statement he submitted during the campaign prioritized the protection of Indonesia’s maritime interests. The public statements that Jokowi has made on the issue have repeatedly touched on that priority, specifically the problem of illegal fishing.

In comments made earlier this month and published in the local Indonesian press, Jokowi stated that it was necessary to act decisively against foreign fishing vessels in order to prevent the continued theft of Indonesian resources. “If we do not act decisively, our fish will be stolen by foreign ships,” Jokowi was quoted as saying. Such comments indicate that he may not be as disengaged on foreign policy matters as some have expected; in fact he may be more assertive on certain priorities.

The issue of illegal fishing by foreign vessels is likely to prove a pivotal challenge for Jokowi’s administration, and will almost certainly create tension with another emerging maritime power—China. China is hardly the only country whose fishermen are operating illegally in Indonesian waters. But it’s the only one whose fishermen are directly supported if not encouraged by the coercive power of its state security services at sea.

China’s expanded presence in disputed areas of the South China Sea is increasingly bringing its fishermen, and its maritime security organizations, into direct contact and often confrontation with those of Indonesia. While the Indonesian foreign ministry continues to maintain there’s no dispute between China and Indonesia, China’s actions suggest otherwise.

A number of incidents have occurred in the area since 2010, resulting from what ultimately proved to be unsuccessful attempts by Indonesian security forces to prosecute Chinese fishermen operating illegally within Indonesia’s claimed EEZ. Those efforts to assert Indonesian jurisdiction in its claimed EEZ are beginning to form a pattern of persistent failure, a pattern which, if left unaltered, may eventually compromise Indonesia’s military deterrent posture in those areas, as well as the legal basis for its claims.

The most recent of those incidents occurred in March of 2013. Since I first wrote about that incident late last year new details have come to light, including the apparent use of electronic-warfare capabilities by the Chinese Maritime Law Enforcement (MLE) vessel Yuzheng 310. Based on the Indonesian captain’s own reporting, as well as subsequent investigation and analysis, it now appears highly likely that during that incident Yuzheng 310 jammed the communications of the Ministry of Maritime Affairs and Fisheries (KKP) vessel Hiu Macan 001.

Consistent with the KKP captain’s description of events, Yuzheng 310 may have been disabling his ability to receive communications from his headquarters ashore, in an apparent effort to sever the vessel from its command and control (C2) loop. It appears likely Yuzheng 310 would have been calculating that—in combination with other coercive measures—the action would force the Indonesian captain to release his Chinese prisoners. The suite of measures had the desired effect, but might just as easily have proved dangerously escalatory had the KKP captain instead decided not to acquiesce.

Continued patrols in those areas by what is now the China Coast Guard may confront Jokowi with an early test of his leadership, possibly in a crisis scenario not dissimilar to that from March 2013. It remains to be seen whether or not the new administration is even aware of that potential contingency, let alone prepared to respond effectively.

Despite the obvious overlap between Jokowi’s focus on combating illegal fishing and the recent incidents with China in the South China Sea, it’s also unclear to what extent Jokowi is himself aware of that overlap, or the severity of the challenge it presents to his vision of Indonesia as a global maritime nexus. Addressing that challenge will require decisive leadership from the new president and his team, both domestically and abroad.

Scott Bentley is currently a PhD candidate at the Australian Defense Force Academy, UNSW. His research focuses on security strategies in maritime Southeast Asia. This piece first appeared in ASPI’s The Strategist here.