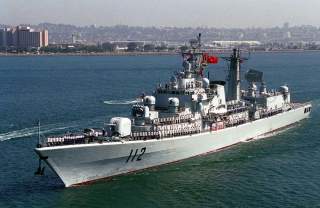 China’s reclamation activities in the South China Sea remain a matter of grave concern for reasons that are not solely political. The radical transformation of major coral atolls in the region’s marine ecosystem affects far more than the already huge area physically occupied by China’s new islands. The biophysical impacts extend well beyond their artificial foundations into the waters of surrounding littoral states.

The Spratly Islands region has long been known as a treasure trove of biological resources, hosting part of Southeast Asia’s most productive coral reef ecosystems. Fish breed and replenish in its reefs and migrate across vast distances to and from littoral coasts as they follow plankton and other organisms adrift in the water. Satellites can discern the circulation of plankton-rich seawater around the South China Sea, indicating biological connections throughout the waters. These “Dangerous Grounds” ironically are a wellspring of life that helps sustain the marine populations of surrounding coasts.

The Philippines is particularly sensitive to these events due to heightened environmental awareness of its coastal communities that directly depend on fishing for subsistence. The closest province of Palawan is quite special in this regard as the country’s final ecological frontier: its waters are its most productive fishing ground, contributing 20% of annual fish production. Studies have also confirmed genetic linkages and interchange of species between the Spratly Islands region, Palawan waters, and the Sulu Sea, which in turn connects with all other archipelagic waters and Southeast Asia’s Coral Triangle.

Dr. Edgardo Gomez of the Marine Science Institute, one of the most-respected marine scientists of the region and pioneer in the scientific cooperation activities in the 1990s, laments the destruction of 311 hectares of precious reefs and pegs the economic losses to be worth at least 110 Million USD annually, to be surely felt as reduction in fish catch in the coming decades. He points out that the ecological footprint of China’s reclamation spans more than the ground that the new islands stand on. While formerly productive reefs have been replaced with lifeless sand and concrete, the months of work to create each island also smothered surrounding areas through sedimentation and turbidity produced by dumping massive amounts of filling material. To bury the reef, these were siphoned off from surrounding areas, indicating disturbance and destruction of benthic communities either around the new island or elsewhere. Natural atolls will be dredged and become artificial harbors for the many ships to be stationed in the area, bringing with them the corresponding impact of continuous operational marine pollution on any remaining coral.

Settlement on the new islands will bring ruin through accompanying day-to-day activities such as sewage, garbage, anchoring, and marine debris. People will require a continuous supply of food most likely to be harvested from nearby waters. To top this off, China is deploying and operating its ravenous fishing fleet. Chinese fishing has already caused the destruction of its southern coastal reefs and decline of coastal fish stocks; no doubt it will also cause the rapid decline of these distant fishing grounds.

The impact zone of China’s activities thus extend well beyond the South China Sea: reefs directly destroyed, surrounding areas damaged, fish stocks of connected waters deprived of precious breeding grounds and habitats. The island-building spree and fishing fleet mobilization result not only in the deliberate destruction of vital and productive commons–they also impair the long-term sustainability of the marine environment of all the littoral States around the South China Sea.

While China argues that island-building is “reasonable, understandable, and legal,” the large-scale and irreparable damage wrought contravenes the fundamental principle that states’ activities should not cause trans-boundary harm to other states. This applies not only to incidental effects like pollution, but with even more force to activities that are purposely planned and executed, especially in areas where disputing states are additionally obliged not cause permanent damage pending settlement. China’s action, undertaken on such a massive scale, significantly damages the marine environment of the South China Sea and surrounding waters, and heralds the further degradation and depletion of their living resources. China’s own marine scientists have previously called attention to the decline of sensitive coral reefs in the South China Sea by as much as 80% due to ravenous economic exploitation; with reclamation, the remaining 20% stand to be lost as well.

Thus, there is some truth to China’s claim that the reclamation activities “are not directed against any state”: the long-term damage done is indiscriminate and undirected, making it much worse. In attempting to exclusively secure and control natural resources, it is also destroying the most fragile and sensitive marine resource base of the South China Sea and diminishing everyone else’s.  It has engaged in environmental aggression on a regional scale, and turned reclamation into an environmental weapon of mass destruction.