The Nuclear Cost Debate Gets Even Uglier 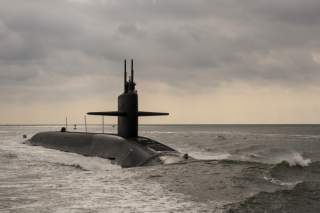 Near the end of a recent congressional hearing on nuclear modernization plans, a member of Congress said to one of the witnesses, “Your numbers are bull sh*t.”  The witness he was referring to had just testified in his prepared statement that, “contrary to frequent mischaracterizations, we are not spending a trillion dollars on nuclear modernization. The modernization costs, spread over twenty years, will be an estimated $350 to $450 billion.”

The debate over such an important issue should not be allowed to break down like this.  As someone who has analyzed this issue in detail, I believe the two gentlemen involved, Representative John Garamendi (D-CA) and Assistant Secretary of Defense for Strategy, Plans, and Capabilities Bob Scher, are simply talking past each other.  Their failure to communicate stems from the fact that both sides of this argument are throwing around cost figures without accurately articulating what the numbers mean and why they are different.  So is the correct cost $1 trillion or $350 to $450 billion?  The answer is yes.  Let me explain.

Whenever someone talks about nuclear costs, there are three important things to ask. What types of costs are included and not included? What is the time period of the estimate? And how does the estimate account for the costs of dual-use (conventional and nuclear) weapon systems? The answer to each of these questions can explain much of the differences in the cost figures each side uses.

The $1 trillion estimate is usually attributed to a 2014 report by the Center for Nonproliferation Studies (CNS) appropriately titled, “The Trillion Dollar Nuclear Triad.”  This report estimates the cost of nuclear forces to be $872 billion to $1.082 trillion over a 30-year period (FY 2014 to FY 2043).  It includes the costs of modernizing air, land, and sea-based nuclear delivery platforms; modernizing nuclear command and control systems; and modernizing nuclear warheads (which are funded through the Department of Energy).  But one important detail Mr. Scher overlooks is that this estimate also includes the costs of maintenance, personnel, and infrastructure needed to operate and sustain the nuclear forces we already have and the new systems that will replace them.  The report also includes the full cost of dual-use systems with the exception of dual-capable fighter jets (F-16s, F-15Es, and F-35As), which are not included at all.

The cost figure offered by Assistant Secretary Scher of $350 to $450 billion is entirely different.  This cost, as noted in his testimony, only includes modernization (the cost of developing and buying new equipment) and is for a 20-year period.  It does not include operation and sustainment costs like the Trillion Dollar Triad estimate does.  While it is not clear from Assistant Secretary Scher’s testimony, he appears to be including the full cost of some dual-use systems, like the Air Force’s new B-21 bomber, in his estimate.

I have run the numbers myself, and when using each set of assumptions I get similar numbers—at least within the ability of anyone to predict what something will cost decades into the future.  They are thus both right in citing the numbers they do, but they are both wrong for trying to compare their cost estimates because one is apples and the other is oranges—and they should know better.

Context is also an important factor both sides fail to acknowledge fully.  While $1 trillion may seem like a lot, total U.S. defense spending over the same 30-year period is likely to be $20 trillion or more.  Nuclear forces are therefore not a major driver of the overall defense budget.  But proponents of nuclear modernization must also acknowledge that the $350 to $450 billion in projected nuclear modernization costs will peak at the same time the military is trying to modernize large parts of its conventional forces.  The Air Force, which is responsible for two legs of the nuclear triad, arguably has the worst modernization challenge.  It plans to be funding full-rate production of the F-35A fighter and KC-46A aerial refueling tanker, ramping up production of the B-21 bomber, and beginning new programs to buy a trainer aircraft, a new nuclear intercontinental ballistic missile, and a new nuclear cruise missile—all at nearly the same time in the early 2020s.  Nuclear modernization is therefore directly competing for resources with conventional modernization programs and contributing to an already difficult logjam of acquisition programs.

These are important facts a congressional hearing should serve to elucidate rather than obscure.    But the dialog in this particular hearing merely caused both sides to retreat further into their respective corners and deepen their distrust of the other.  For many, the debate over nuclear modernization is long-standing, deeply personal, and a matter of morality.  The cost of nuclear forces is an important part of this debate, but both sides should acknowledge that the numbers are not really in dispute—they are each wielding stylized versions of the same costs as weapons to suit their policy agendas.  Rather than debating a point where there is no real disagreement, they should be discussing the more difficult issues at stake: the role of nuclear weapons in U.S. defense strategy and the best ways to deter the use and proliferation of nuclear weapons in the future.  The question is not how much nuclear weapons cost but rather are they worth the continued investment.

Todd Harrison is the director of defense budget analysis and a senior fellow in the International Security Program at CSIS. He leads the Center’s efforts to provide in-depth, nonpartisan research and analysis of defense funding issues and provides expert analysis on space security issues. He has authored publications on trends in the overall defense budget, defense acquisitions, military compensation, military readiness, the cost of nuclear forces, military space systems, and the cost of the wars in Iraq and Afghanistan.