The Obamacare Alternative More Americans Are Turning To 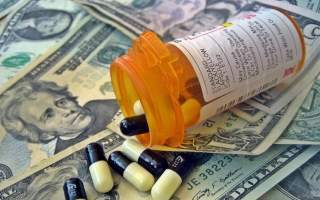 In 2000, Christian Healthcare Ministries, then known as the Christian Brotherhood Newsletter, was found liable for $14 million in damages by an Ohio jury for diverting money from the organization and an affiliated mission.

Before the jury ruled, members of the newsletter had amassed $34 million in unpaid medical claims.

Additionally, Medi-Share members in Montana, Oklahoma, and Nevada sued the health care sharing ministry in the last 10 years over refusal to pay medical bills they argued should’ve been covered.

Gardner, of Medi-Share, said prospective members need to be sure to fully understand which medical services are eligible for sharing and stressed that there is no guarantee of payment because the organizations are not insurance.

“That’s one thing people should be sure to ask about if they’re considering a ministry,” he said.

At Samaritan, members vote on which medical services can be shared, Hopp said.

If an individual disagrees with the result of the vote, the decision can be appealed to a 13-member panel of randomly selected members for arbitration.

Since the ministry was founded in 1994, Hopp said the arbitration process has only been used four times.

“I’m not aware of any insurance company that has that consumer protection,” he said.

Folley, the Samaritan member, said that the idea of membership in a health care sharing ministry may not cross people’s minds until they are left without benefits, as her family was after her husband decided to return to school.

“Once you’re out of that paradigm and you look into it, you realize what a great option it is, and it’s even better than most really good insurance plans,” she said. “I know we spend less money … Even compared to a good insurance plan, it’s better.”

Since joining Samaritan, Folley said she’s found herself immune from some of the complaints consumers with insurance have had in the wake of Obamacare’s implementation: rising premiums and deductibles, narrowing networks, and the inability to keep a prior doctor.

“I get to sidestep all of that,” she said. “It’s incredibly liberating. I think, ‘poor them.’ I don’t deal with any of that.”

Hopp said Samaritan typically raises its monthly “shares” once every two to two and a half years, with the most recent increase to $495 a boost from $405.

Folley has had the freedom to choose which doctors she wants to use, she said, which is beneficial for Folley since she has self-described “alternative views” on health care.

And the monthly “share” she does make to fellow Samaritan members doesn’t feel like a bill to her.

“Because you send your money directly to someone who needs it to pay back their medical bills, it doesn’t feel like paying a bill. It feels like charity,” Folley said. “It feels like OK, this person needs this $400 from me. I have to do that, because I know they would do that for me.”