The One Battle That Crushed Adolf Hitler Forever 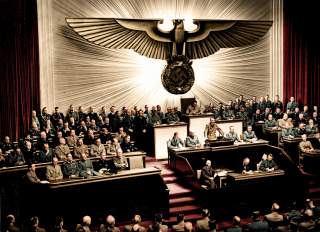 The Battle of the Bulge is more than history. It is a primer of valuable lessons that still apply today. First, never, ever underestimate the enemy. The Western Allies did have every reason for confidence in December 1944. France and Belgium had been liberated, the German armies in the West had been decimated, and U.S. troops were fighting on German soil. With the Red Army relentlessly crushing the Third Reich from the east, final victory seemed just a few weeks or months away.

(Recommended: The Last Time China and America Went to War)