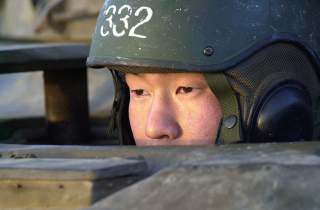 The United States has announced that it’s reserving the option of military force to prevent North Korea acquiring the means to deliver a nuclear warhead using a long range ballistic missile. It’s time to check our thinking about what North Korea’s counterattack response might be. Not all of the DPRK’s potential responses, nor their potential impacts, are being discussed.

Current assessments of North Korea’s ability to attack the US are based on the assumption that delivery of a nuclear weapon is dependent on missile technology. But North Korea already has a system capable of delivering nuclear weapons anywhere—it’s just not rocket powered.

Globalisation’s been driven in part by the development of technology. One of the most significant developments was the invention of shipping containers. Designed for peaceful and lawful purposes, they’ve been used—and continue to be used—as instruments of crime, to move narcotics, weapons, stolen property, and humans around the world. They could also be used to deliver nuclear weapons. They’re the perfect intercontinental mobile ballistic ‘missile’ system. A nuclear weapon placed inside a container could be delivered to any country and to any city, including those far from sea ports, using trains or trucks. And they cannot be destroyed by anti-ballistic missile systems being deployed by the US.

Many military strategists assume that North Korea’s hidden its nuclear weapons deep underground to protect them from an attack by the US. Hiding the weapons deep underground would make sense if the North Korean strategy were to protect them from destruction, and if the American objective was merely to destroy them and North Korea’s capacity to produce more. But if the US intended to remove the regime, then hiding nuclear weapons would make no sense from the perspective of the North Korean leadership. Its senior leaders, especially the paranoid President, will assume that any attack by the US will have removal of the government as one of its objectives. Even if regime change wasn’t the US objective, the leadership would still feel threatened. With nothing to lose, it makes sound strategic sense for the North Koreans to respond to any attack in a way that not only cripples the US but the world economy as well.

Nuclear weapons could be smuggled out of North Korea via China, or by fishing vessel or diesel electric submarine, and then be placed into containers on a cargo ship for transport to a port anywhere in the world. Concealing the weapons would be easy with 3,000 free trade zones around the world, many in countries with high levels of corruption, where goods can be rebadged and re-invoiced, with little or no scrutiny from a competent authority. North Korea’s knowledge of world trade systems, with help from countries friendly to it, has enabled it to evade the full impact of sanctions for years, allowing it to develop missile systems and for the regime to remain in power.

If the Pong Su, a North Korean freighter could drop a large quantity of narcotics off the Australian coast near a major city, a fanatical regime facing extinction at the hands of a deeply hated enemy wouldn’t think twice about sending a container bearing a nuclear device into the US or an allied country and detonating it. Alternatively, similar to the use of Japanese midget submarines to attack Sydney harbor during World War 2, North Korea could sail a nuclear bomb laden diesel electric submarine into an American or Australian port and explode the weapon.

North Korea understands that the US and the world economy would be crippled by a nuclear counterattack. And it further appreciates that just the threat of shipping containers bearing nuclear weapons sitting in locations around the world awaiting detonation by its agents would cause the US to think twice about attacking it. Such an action would result in the US and its allies diverting resources to search for and find the weapons, or taking pains to confirm their non-existence.

With over 17 million shipping containers in circulation, weaponised containers would be hard to detect. The large number means that thousands could be deployed as decoys, increasing the chances that the few carrying nuclear weapons are successfully delivered and exploded.

It’s imperative that the US treads carefully and does not plan any attack on North Korea on the assumption that it’s going to respond like a text book enemy. The North Korean leadership has shown that, while it appears irrational, it’s smart and ruthless. And it’ll respond accordingly when attacked. A failure in imagination in any assessment of North Korea’s options to respond to a US attack could have a devastating impact not only on the United States of America but the entire world, involving a significant loss of life and global economic ruin.