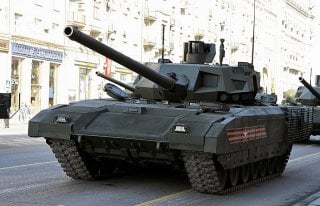 Which brings us back to the Armata. The West has two traditions regarding Russian weapons: either dismiss them outright, as in “the Commies are too primitive to develop an atom bomb,” or exaggerating the capabilities of weapons to justify higher defense spending or push for new Western weapons to match the Russian bogeyman.

But the fact is that we don’t know how good the T-14 Armata will prove. It sounds great on paper, but until it is tested in combat, we can’t be sure whether an unmanned turret is a good idea, or whether its implementation on the Armata will be crippled by some seemingly minor flaw.

Russia’s history of tank design is cause for the West to take heed of the Armata. But not—or rather not yet—to fear it.