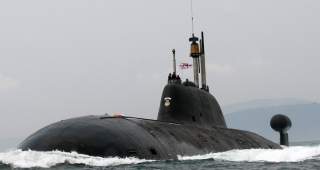 The Indian government has framed the acquisition of 36 French Rafale Medium Multi-Role Combat Aircraft for the Indian Air Force (IAF) as a major event. It comes as part of a purported military build-up and wildfire expansion of military spending by the world’s largest importer of arms. But the acquisition represents an abject failure of India’s strategic planning—yet another worrying instance of India’s deficiencies in defense acquisitions.

It is significant that the Rafale deal was originally ‘finalised’ for 126 aircraft and included a provision for manufacture in India for all but the first consignment of 18 planes, at a total cost of US$10.2 billion. This has been pared down to the present number of 36 aircraft at a somewhat inexplicable cost of about US$8.7 billion. That aside, the reality is that since three squadrons were phased out in January 2016, the IAF has had just 32 operational squadrons against an authorized capacity of 45.

The Rafale deal will not offset even a fraction of the current attrition. Five squadrons of the early MiG-21 variants — nearly 100 aircraft — will be phased out in early 2017. The first Rafale aircraft in the present transaction will be delivered in 2019, and the last of these two and a half years later. Around this time, unless radical steps are taken to correct the existing anomalies, the IAF may well be down to an operational strength of just 25 squadrons. Even under the most optimistic estimates, the IAF’s capacity can only rise to about 38 squadrons.

Shortly after the conclusion of the agreement to import the 36 Rafale fighters, India floated an offer to purchase 200 combat aircraft from foreign manufacturers under a ‘made in India’ arrangement. 140 indigenously manufactured Tejas fighters are also due for delivery, but the project has been delayed by at least three years and the IAF has currently only received two of the promised aircraft. Wide-ranging negotiations with many international producers are ongoing, but given India’s lackadaisical military acquisition processes and a habitually obstructive and scandal-ridden bureaucracy, it is not clear when these initiatives will bear fruit.

The Air Force is not unique in this regard: all three arms of the Indian Armed Forces are hobbled by enduring and endemic deficits. There are shortages of battleships and submarines through to fighter planes and helicopters (a combined deficit of more than1000), even down to mundane supplies such as ammunition, assault rifles and boots. According to one estimate, the Indian military has a US$400 billion equipment deficit, and even more would be required ‘to raise the military to necessary force levels and to modern standards’.

Despite its status as the world’s fourth-largest military spender, India spends a little over 1.7 per cent of its GDP on defense. This is in spite of the defence services Long Term Integrated Perspective Plan’s projection of at least 3 per cent — though a succession of agreements on major acquisitions may kick up the defense allocation to nearly 2.5 per cent of GDP in the current financial year.

Despite the highly tentative and modest nature of the defense services’ annual proposals, actual allocations are decided somewhat arbitrarily by the Finance Ministry. The gap between the Ministry of Defense’s pared-down proposals and eventual allocations has been steadily widening from about 8 per cent in 2009–10, to ‘a mammoth 26 per cent’ in 2014–15. The Finance Ministry often cherry-picks the heads under which enhancements are sanctioned, resulting in arbitrary, uncoordinated and often wasteful allocations. Worse, an inflation rate that ranges from above 7 per cent year-to-year to an even higher 12–15 per cent in costs of defense equipment further erodes military capabilities.

Decades of neglect have also created a crisis of manpower, especially at leadership levels. The Army has an authorized personnel shortage of 17.4 per cent and the Navy of 13.3 per cent, while the Air Force has a negligible shortage of 0.23 per cent. Crucially, a large proportion of the Army is allocated for widely dispersed and unending internal security duties, further wearing away capacities for external defense.

There are gross inefficiencies built into the existing structure of defence administration and military command, reflected in a growing divide between the perceptions of the civil and military departments, a failure to reform and integrate the command structures of the three services, and enormous sums misspent each year as a result of misplaced priorities and outright corruption.

India operates in an immensely hostile and increasingly unstable neighborhood against a context of rising global volatility. Its current lack of military preparedness does not equip it to effectively meet current challenges, and there appears to be little evidence of adequate understanding and will to prepare for the projected and far greater challenges of the future.

Ajai Sahni is the Executive Director of the Institute for Conflict Management and South Asia Terrorism Portal, Editor of the South Asia Intelligence,