The One Thing That Could Defeat the U.S. Army 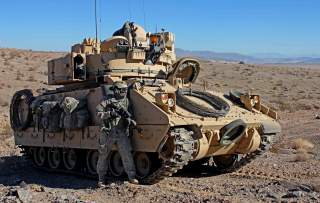 Not long ago, it seemed as though the 39th Chief of Staff of the Army, General Mark Milley, was the man to rescue his service from the clutches of its acquisition system. General Milley was appointed at a moment in time that clearly begged for a new approach to acquisition. The prior fifteen years had seen the Army commit serial acquisition malpractice, initiating and then cancelling multiple major acquisition programs for everything from armored fighting vehicles and helicopters to precision munitions and even small arms. A high operational tempo was forcing the Army to prioritize readiness over modernization. Near-peer adversaries were demonstrating rapid improvements in high-end conventional capabilities that surpassed those available to the Army in a number of areas. The Army desperately needed to bypass an acquisition system that had brought little else but failure and get capabilities into the field.

For a while, General Milley seemed to be the leader that could rescue the Army from itself. In 2016, when told that the Army’s program underway to acquire a new hand gun would require years of additional effort and many millions more dollars, he responded: "We're not figuring out the next lunar landing. This is a pistol. Two years to test? At $17 million? You give me $17 million on a credit card, and I'll call Cabela's tonight, and I'll outfit every soldier, sailor, airman and Marine with a pistol for $17 million. And I'll get a discount on a bulk buy."

The energy that General Milley initially imparted to his organization seems to have ebbed away. An acquisition bureaucracy that must have been shaken to its core by the image of a service chief willing to bypass their byzantine system, seems largely to have returned to business as usual. Also, the Army hasn’t rid itself of an impulsive approach to new procurements that caused it to start and then stop multiple armed scout helicopter programs over the course of a decade. Last month, just weeks after initiating the latest of multiple attempts to find a replacement for the M4 carbine, the Army abruptly announced it was cancelling the program.

Somehow, the Army leadership hasn’t effectively communicated the message to the acquisition system that war may soon be coming and that the priority is to field systems that ameliorate critical capabilities gaps as soon as possible. Instead, for the acquisition system it’s business as usual. The focus is on long-term research projects and programs of record that won’t put anything into the field for another decade or two. When pressured, the system might reluctantly agree to acquire small numbers of off-the-shelf capabilities while still giving preference to program managers’ pet projects.

One example of the system’s failure to get the message is electronic warfare, an area in which the Army is woefully deficient. The Army’s program of record for electronic warfare doesn’t anticipate fielding an offensive capability until around the middle of the next decade. Meanwhile, almost two years ago, the Marine Corps signed a contract with Sierra Nevada Corporation for its Modi II dismounted electronic warfare system that can both defeat radio-controlled improvised explosive devices and conduct offensive electronic warfare. The Army’s Rapid Capabilities Office identifiedno fewer than nine systems that could be deployed almost immediately.

A similar situation exists with respect to Active Protection Systems (APS) that are intended to protect vehicles from increasingly lethal anti-tank rockets and cannon projectiles. Several foreign armies, including Russia’s, are deploying such a system. Responding to intensive outside pressure, the Army decided to test several existing APS systems for near-term deployment. There are reports that one of these, the Israeli Trophy system, will be deployed on some number of Abrams tanks. At the same time, however the Army is pursuing its own program, the Modular Active Protection System (MAPS), which, contrary to the name, is just an open-architecture controller that is supposed to manage whatever combination sensors and countermeasures the Army chooses. An operational defense system employing MAPS is still years away.

Then there is the critical capability gap in tactical air and missile defense. The Army is in such dire straits when it comes to short range air defenses that it has had to scrounge Cold War era Stinger man-portable anti-aircraft missiles from warehouses and resurrect the Avenger system, a Humvee with a Stinger-firing turret. The Army has a plan to solve this problem based on the integration of modular components- sensors, weapons and command and control technologies - in a networked and distributed plug-and-fight architecture. For this dream to be realized, the Army first has to develop the Integrated Air and Missile Defense Battle Management System so that all its current and future sensors and weapons can talk to one another. Unfortunately, the scheduled federal year 2018 milestone for an initial operating capability has been delayed until at least 2022.

The Army could ameliorate this critical gap right now by acquiring off-the-shelf capabilities. A potential choice might be the Israeli-designed Iron Dome system. The Iron Dome is the world’s most successful tactical missile defense system. Not only was the Iron Dome developed with U.S. financial assistance, components of its radar are made in this country. Couple this system with something like Boeing’s Maneuver SHORAD Launcher on a Stryker, which is nearly ready for initial deployment, and the Army would be well defended.

Finally, there is the Future Vertical Lift (FVL) program intended to replace the existing fleets of Blackhawk and Apache helicopters and, possibly, provide new scout rotorcraft too. Anticipating the need for new and better rotorcraft, in 2014 the Army initiated a precursor program, the Joint Multi-Role (JMR) Technology Demonstrator, to reduce risk and mature the technologies necessary for the FVL. At the conclusion of the JMR program in 2019, the Army will select a company to begin the technological maturation and risk reduction phase for the FVL. On the current schedule, the FVL program won’t actually deliver a new platform until after 2030. As my colleague Loren Thompson has written, the Army should be able to leverage the work done in the JMR program to fast forward FVL, producing a new rotorcraft years earlier. But that would require that the Army circumvent its labyrinthine and slow acquisition system.

Filling the Army’s critical capabilities gap is more challenging than choosing the next hand gun. Nevertheless, when so much of the hard work has already been done and, in many cases, partial solutions exist, it makes no sense to continue to spend money on programs that won’t field capabilities for a decade or more. Hopefully, General Milley’s recently proposal to overhaul the Army’s acquisition system will result in the rapid fielding of desperately needed capabilities.