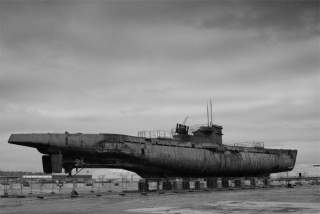 We often think of the Battle of the Atlantic primarily as the conflict pitting Axis submarines against American and British convoys in the North Atlantic. However, the Kriegsmarine’s submarines also ravaged shipping off the coast of South America. A spate of attacks on Brazil’s then-neutral shipping proved to be ill judged, however, as Brazil’s entry into World War II as a U.S. ally led to the defeat of the U-boat campaign in the South Atlantic in just twelve months.

In fact, the Brazilian government’s alliance with the United States was far from a given. A Brazilian military study in the 1930s observed the growing instability in Europe and concluded that though Brazil might naturally side again with the countries of the World War I Entente—which Brazil had supported in World War I—Rio de Janeiro (then the capital of Brazil) needed to take care not to provoke hostilities with its pro-fascist neighbor, Argentina. Brazilian president Getúlio Vargas embarked the Amazonian nation on a path of rapid industrialization during the 1930s and eventually transitioned his government to an outright dictatorship in 1937, complete with fascistic flourishes. Brazil also traded energetically with both Nazi Germany and the United States throughout the thirties, and flirted diplomatically with Berlin. But ironically, Vargas’s repressive intolerance of competing political parties extended to the Brazilian Nazi Party, ultimately souring possible alliance with Germany.

The Roosevelt administration was quick to jump into the breach in the early 1940s with offers of economic and military assistance—and trade in essential war materials, including rubber and various rare minerals. Pan-American Airlines was also granted construction rights for airfields across Brazil—which, following an informal agreement in 1941, became part of a network of U.S. military air and naval bases extending across the Brazilian coast. The would serve to protect the increasing flow of merchant shipping both between North and South America—as well as between the Americas and war zones in Africa and Europe.

On January 28, 1942, Rio cut off diplomatic relations with Germany—but did not declare war. In the early months of the U.S. entry into World War II, German U-boats were experiencing the so-called “Happy Time” as they reaped a fearsome a toll of U.S. shipping. The U.S. Navy was lagging behind in instituting the technology and convoy tactics necessary to fight back against Germany’s undersea marauders. The unrestricted targeting of merchant shipping was extended to Brazilian vessels in the South Atlantic, sinking eight in the first half of 1942.

Hitler was displeased by Brazil’s de facto alliance with the United States, and in June 1942 he dispatched a force of ten submarines to the South Atlantic to exact punishment. Their campaign reached its peak between August 15 and 17, when the submarine U-507 sank five Brazilian ships off the coast of Bahia, killing more than six hundred crew and passengers. Victims included a transport full of religious pilgrims and the Brazilian troopship Baependy, loaded with more than 250 soldiers. Public outcry against U-507’s rampage was such that the Brazilian government declared war on Germany five days later on August 22. By then, a total of thirty-six Brazilian ships had already been torpedoed.

At the time, the Marinha do Brasil consisted largely of obsolete ships. The nominal prides of the Brazilian fleet were its two cruisers and two battleships, São Paulo and Minas Geraes, all constructed between 1909 and 1910. These vessels were famously involved in a mutiny by Afro-Brazilian sailors and former slaves protesting their brutal treatment in 1910, known as the Revolt of the Lash. More than thirty years later, the arthritic battleships were anchored off the Brazilian ports of Recife and Salvador to serve as floating coastal batteries, while the cruisers were deployed to convoy escort duties.

The U.S. Navy would swiftly bulk up this force with Lend-Lease vessels. In September the Brazilian Navy received the first of eight 450-ton PC-461-class submarine chasers. In 1944 these were joined by eight Cannon-class destroyer escorts.

Maritime patrol planes of the Brazilian Air Force appear to have scored the only confirmed kills. Even before the declaration of war, they had been cooperating with American aircraft in antisubmarine patrols. A Brazilian B-25 bomber had damaged the Italian submarine Barbarigo in June 1942.

German and Italian submarines continued to reap a steady toll of Brazilian shipping after the declaration of war. Brazilian bombers twice attacked and failed to sink German submarines in August 1942. Nearly a year later, on July 31, two large Brazilian patrol planes—a PBY Catalina seaplane and a Hudson bomber—joined a U.S. Navy Mariner aircraft in hunting down U-199 a short distance off of Rio de Janeiro. The Catalina sank the German vessel with two depth charges—and then dropped a life preserver to help the dozen German sailors that escaped their boat alive.

In fact, the primary killer of Axis submarines off the Brazilian coast would be U.S. Navy patrol planes flying out of Brazilian air bases. U.S. Navy Catalina seaplanes sank U-164 off the state of Ceará on January 6, 1943; the Italian submarine Archimede in April; and U-590 and U-662 in July off of the Amazon Estuary. Larger Mariner patrol bombers of U.S. Navy squadron VP-74 destroyed U-128, U-161 and U-513 between May and September 1943, while PV-1 Ventura and B-24 Liberators destroyed U-604 in June, U-598 off Natal in July, and U-591 off Pernambuco the same month. These losses led the Kriegsmarine to largely abandon the submarine campaign off the Brazilian coast by the end of 1943, though more limited U-boat incursions into the South Atlantic continued until the end of World War II.

Altogether, Brazilian Navy vessels embarked on 3,500 convoy escort missions over the course of World War II and engaged German submarines on sixty-six separate occasions—though whether they sank any in action is less clear. A single Brazilian auxiliary ship, the Vital de Oliveira, was torpedoed, while the corvette Camaquã was lost in an accident. Interestingly, the Brazil small submarine flotilla based at Recife was also commended by a U.S. admiral—for serving as mock opponents in U.S. antisubmarine training exercises.

In 1944, Brazil dispatched an entire division of U.S.-equipped ground troops to battle in Italy as part of the Brazilian Expeditionary Force, as well as a wing of P-47 Thunderbolt fighters. Both the ground troops and fighter squadrons saw intense combat and sustained heavy losses. The escort force accompanying the troop ships included a Brazilian navy cruiser and submarine chasers.

Tragically, the Brazilian Navy suffered its worst loss of the war after the defeat of Nazi Germany. On July 4, while searching the Atlantic as a rescue ship, the crew of cruiser Bahia engaged in antiaircraft gunnery practice, taking shots at a towed kite. The guns lacked guardrails, and a twenty-millimeter shell accidentally struck the depth charges on the warship’s bow. The resulting detonation sank the cruiser in three minutes. The surviving crew endured starvation and shark attack for four days before being rescued by a passing freighter. There were only a few dozen survivors out of a crew of 383.

Brazil and Mexico were the only Latin American nations to fight the Axis powers abroad in World War II, though several countries also had encounters with Axis submarines. Brazil’s greatest contribution came in the form of its natural resources and strategically located air and naval bases; however, it also threw its small fleet into the ship-intensive task of escorting vital transoceanic convoys. More than a thousand Brazilians lost their lives in the naval war for the South Atlantic—but their sacrifice probably saved many more by hastening the Allied powers’ victory at sea and the transfer of troops and war materials to Europe and Africa.