The Pentagon's Readiness Crisis: Why the 2017 Defense Bill Will Make Things Worse 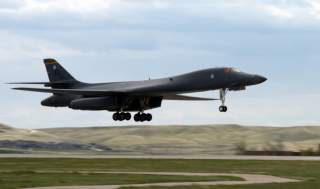 While the Democratic side of the House Armed Services Committee (HASC) agrees with their Republican colleagues that the Pentagon is in the midst of a readiness crisis, the minority staff strongly disagrees with the GOP’s solution to remedy the problem. In fact, the Democratic staff strongly believes the Republican attempts to fix the problem will only exacerbate the Defense Department’s readiness problems.

According to an internal HASC minority staff document obtained by The National Interest—which is being circulated amongst Democratic military legislative assistants on the committee’s member staffs—explicitly states that the 2017 National Defense Authorization Act will not do anything to alleviate the problem. Indeed, the Republican bill actually cuts the very operations and maintenance (O&M) funds that would help the Pentagon dig out of its readiness deficit.

“The House NDAA cuts O&M by a net $11.6 billion to fund procurement and it forces higher troop numbers without providing the necessary infrastructure to support them, creating a hollow force that is less ready,” reads the HASC minority document. “It focuses on procuring new weapons that in some cases will replace older systems with newer ones that are not as fatigued. However, the bulk of this effort goes toward procuring these systems without investing in the necessary O&M and support infrastructure to keep them well maintained and provide servicemembers with the training and supplies they need to be truly ready.”

But while the Democratic staff does not agree with the GOP’s solution, there is broad agreement that there has been a drastic fall in U.S. military readiness—especially for the high-end near-peer fight. “Data provided by the military services show a dramatic decrease in readiness for all the service branches starting in 2005 to 2007 and culminating in 2011, particularly for the Army and Marine Corps,” the document reads. “The readiness of the Army began to improve somewhat in 2012, but sequestration hit in 2013. Since 2013 the Navy has been the only service to maintain a stable readiness level, but even the Navy’s level is not optimum, and naval aviation has particular readiness problems.”

It will take the Pentagon almost a decade to recover from its readiness shortfall once factors such as sequestration have been resolved. “Once these constraints are lifted, it will take an estimated eight to ten years for readiness in the services to recover,” the document reads.

The root cause of the readiness crisis stems from the multiple wars the nation has fought since September 11, 2001. All four branches of the military—but particularly the Army and the Marines—have faced constant deployments, which have degraded their readiness and worn-down their personnel and equipment. Meanwhile, funds earmarked for modernization and procurement are continuously raided to pay for ongoing operations. “The end results are that the services are very good at counterinsurgency, but they are not prepared to endure a long fight against higher order threats from near-peer competitors,” the document noted. “The services are using their existing equipment far longer than its designed utility, which means more downtime for repairs and more obsolescence of parts. And our people are being deployed so often that there is little time between deployments to train for the higher-order fight, what we call full-spectrum readiness.”

Military and civilian personnel cuts—and troop caps—have also played a role in the Pentagon’s plummeting readiness. The result is that the Pentagon has lost skilled workers such as engineers and planning staffs while the uniformed military has lost many of its best and brightest technicians. One example of that is pointed out in the HASC document: “The Navy lost the in-house ability to technically—and critically—assess engineering proposals submitted by contractors for the design of new ship classes, which ends up costing taxpayers a great deal of money to correct.”

Moreover, the Congressionally driven budget crises of the past several years have wrecked havoc on military training. “The Air Force flying hour program has been capped at levels 10% less than the minimum requirement to sustain its current readiness level; and Army Aviation is providing only 11.5 out of a required 14.5 training hours per month to achieve and maintain foundational flight skills and operate effectively in the field. It also means that planned joint and international training exercises where the skills needed to integrate not only U.S. but allied military forces that would be fighting together are not rehearsed and repeated again and again to achieve proficiency,” the document reads. “These shortfalls mean that only 443 out of 1,040 Marine aircraft are currently ready to fly; and half of the Navy’s F-18A-D aircraft are out of circulation. Although a minimum 80% of the Air Force needs to be ready to meet a conflict with a near-peer competitor to the United States, less than 50% of the Air Force is ready to conduct all the operations necessary.”

For the Pentagon’s aviation accounts—much of the blame can be laid at the feet of the Lockheed Martin F-35 Joint Strike Fighter program. “Procurement failures due to concurrency and slow delivery of aircraft like the F-35 have forced the Air Force, Navy, and Marine Corps to fly their fighter aircraft far longer than the aircraft were designed to fly,” the HASC document reads “Aging aircraft require considerably more maintenance time in depot, leaving the services with insufficient aircraft to meet training requirements. Except for those pilots flying combat missions, Air Force, Navy, and Marine Corps pilots are flying just enough training hours each month to stay certified but not enough to become proficient in the high-end skills needed to face near-peer competitors.”

Meanwhile, the United States’ nuclear weapons infrastructure remains in shambles even as Washington gears up to recapitalize America’s strategic deterrence. “Right now, the money that could be used to improve these facilities is instead going into new labs for new warheads, a new nuclear cruise missile, and a new type of ICBM,” the document reads. “There is no realistic scenario in which enough money will become available to fund all of the current trillion-dollar modernization effort, so it is essential that we prioritize both improvements to the nuclear infrastructure we already have and efforts to make our existing nuclear deterrent more effective and reliable.”

In summary, both the Republican and Democratic sides of the House Armed Services Committee agree America’s military forces are in the midst of a crisis. The question is how Congress solves that issue. But the HASC is one of the most bipartisan of all the committees on the Hill, there is always to hope of finding common ground.