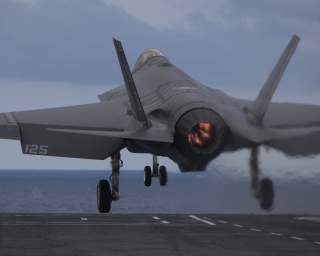 The principal proponent of the Third Offset, Deputy Secretary of Defense Robert Work, has declared the Department of Defense has undertaken the initiative to secure and enhance the “competitive advantage of our American forces and our allies over the coming decades.” If the initiative fails, the United States runs the risk of undermining its credibility and greater instability around the world. The purposeful pursuit of innovation is laudable, but this initiative runs the risk of concealing a more fundamental structural problem.

According to Work, the Third Offset is simply the successor to preceding strategies whereby DOD addressed security challenges by capitalizing on technological advantages.

In the First Offset, the Eisenhower Administration embraced nuclear weapons as the means for deterring the Soviet Union from attacking Western Europe.

In the Second Offset, the Carter and Reagan Administrations exploited breakthroughs in precision guidance to ensure American conventional forces would remain a credible deterrent after the Soviet Union finally attained parity in nuclear weapons. The result was the stunning American victory over Iraq in the 1991 Persian Gulf War.

In this regard, purposefully pursuing a “Third Offset” is only prudent in that it could provide future Administrations with the technological advantages that would enable the American military to surmount the given security challenge, whether its anti-access area denial, terrorists, hackers, or “little green men.”

The seemingly conclusive narrative, however, conceals a factor common to both of them -- extant manpower considerations.

To his credit, Work acknowledges the impetus for the first offset flowed from the Eisenhower Administration’s appreciation for the obvious -- that the American military was numerically inferior to that of the Soviets’.

However, in recalling the Second Offset, Work regrettably overlooks the contribution of another major change -- the establishment of the All-Volunteer Force.

Before the United States could invest in new precision guidance technologies, it had to extricate itself from the Vietnam War.

The Nixon Administration accomplished this by slowly drawing down forces and by ending the draft. The step neutralized the anti-war opposition and, while the services initially struggled with its implementation, it laid the basis for the resurrection of American military power.

The Gulf War victory cited by Work was the achievement of the All-Volunteer Force and not just precision-guided munitions, which were critical, but only comprised about nine percent of the weapons employed.

Indeed, only a cadre of highly motivated and skilled volunteers could have manned and succeeded with the sophisticated modern high-tech equipment acquired over the preceding decade.

If a technological offset is not undertaken to compensate for a numerical disadvantage or is not coupled with a corresponding major shift in the composition of manpower, then what are its prospects for enhancing a military’s overall capability?

The answer is minimal as no technology comparable to nuclear weapons is on the horizon and the country cannot disestablish the draft again. Stealth is increasingly challenged by advanced air defenses, precision guidance is no longer an American monopoly, lasers remain the weapon of the future, and drones are ubiquitous.

According to data in the DOD’s most recent National Defense Budget Estimates for FY 2017 (e.g. the Green Book), between 1946 and 1973, nominally the period of the First Offset, the American military peaked at an end strength of 3.6 million and averaged 2.7 million a year

Between 1973 and 2007, the corresponding period of the Second Offset, the American military peaked at an end strength of 2.3 million and averaged 1.9 million a year

Army end strength dovetailed with these trends, but as the executive agent for multiple sustainment functions, diminished capacity required a turn to alternatives.

According a recent Congressional Research Service report posted on the Federation of American Scientists website, to execute operations in Afghanistan and Iraq, the U.S. employed thousands of American, host nation, and foreign contractors -- from 215,000 in 2007 to 32,000 as recently as last year. As succinctly pointed out in corresponding Military Times reporting, contractors in Afghanistan still outnumber U.S. troops by a 3-to-1 margin.

Thus the actual third offset -- a reliance on contractors.

Modern American military history has not been marked by technological phases, but concrete decisions concerning its composition.

DOD has declared contractors to be part of the Total Force, and while many circumstances contributed to the setbacks in Afghanistan and Iraq, very few can justifiably argue contractors made the difference in critical engagements.

America’s military “competitive advantage” may be enhanced by technology but it is principally derived from the successful management of its service members.

Just as driverless cars wouldn’t have saved General Motors from infamously becoming a health care provider that occasionally manufactured cars, directed energy weapons, weaponized code, and robotic vehicles will not rescue the DOD from an ill-conceived reliance on contractors.

Robert Jordan Prescott is a private contractor working in defense and national security. He blogs about American politics, international security, and popular culture at House of Marathon.