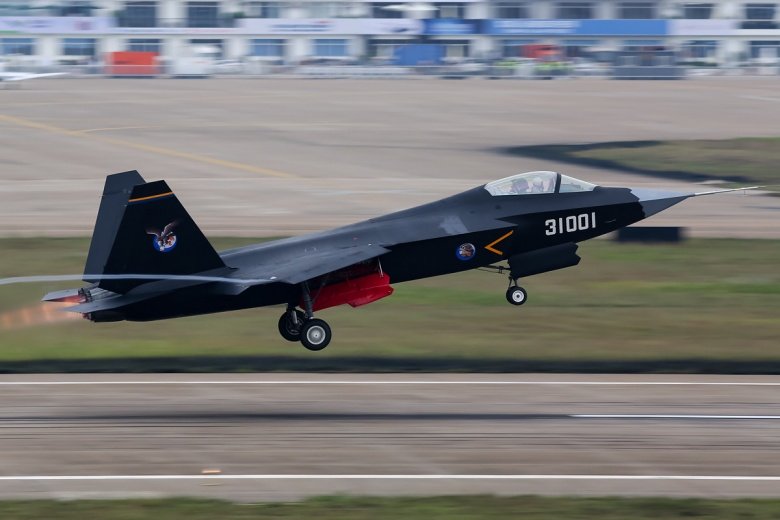 The People’s Republic of China is headed on a tragic trajectory that should be familiar to anyone with even cursory exposure to history. Due to a complex composition of factors – a century of torment at the hands of western powers and Japan as well as a toxic brew of nationalism – the PRC is not content with its place as the world’s second largest economy, or even largest when using purchasing-parity power, or PPP, as the benchmark. Nor is China happy with its standing as the planet’s second largest military armed with advanced weapons like “carrier-killer” missiles, a budding hypersonic weapons program and other top-tier offensive platforms. Beijing doesn’t even seem to regard its undertaking of major initiatives like the “One Belt, One Road” project and the Asian Infrastructure and Investment Bank as signs of its rise to global superpower stature.

No, Beijing wants more, and could soon seek to transform the status-quo in Asia, especially in the South China Sea, in its favor. Indeed, recent reports suggest that Beijing’s surge for hegemony might be around the corner, as its leaders take advantage of a window of opportunity during the final weeks of the US presidential election as America’s gaze turns inward.

Many Asia specialists argued that China would boldly push forward in some aggressive manner after losing in the Hague to the Philippines over Manila’s challenge of Beijing’s claims in the South China Sea. However, China has bided its time, despite some reckless statements, provocative photo-ops including “bomber selfies” over the area and a Global Times July editorial that called Australia a "paper cat," threatening “If Australia steps into the South China Sea waters, it will be an ideal target for China to warn and strike.”

Indeed, any rising great power embracing the most basic elements of strategy must pick the most opportune time to seize an initiative, something not lost on Chinese military strategists and senior Communist Party officials. Any escalatory move after the Hague ruling would have been a strategic mistake. Beijing had committed to host the G20 summit slated to start seven weeks after the ruling, and the United States would soon be largely sidelined thanks to one of the most divisive presidential elections in its history. China, by waiting just a few weeks, would be in the best position in years to undertake any number of bold actions in South China Sea, ensuring its dominance over what it refers to as its own sovereign territory.

Senior officials at the Pentagon and a top diplomat representing an ASEAN nation in Washington have confided that Asia experts anticipate a Chinese move in the South China Sea that could escalate tensions, due to the circumstances and timing.

“If China is going to strike in the South China Sea, mid-September right until the November presidential election could not be a better time,” explained a senior US Department of Defense official who agreed to be interviewed if not identified. Or, put a different way by another US defense official, again speaking on background, explained: “Beijing’s best window to take advantage of certain trend lines and cement its claims in the South China Sea is right after the G20. American newspapers won’t give front-page status to a China story during the heart of the election, well, unless they start shooting, and they won’t be that stupid. For Beijing, the timing is perfect.”

Such analysis is not limited to American military circles, and a senior ASEAN nation diplomat holds almost an identical view. “China is ready to cast off any illusions of a peaceful rise. Having worked with Chinese diplomats in Asia and here in Washington for decades now, Beijing seems ready to remove any hidden aspirations of what it really wants: to dominate the South China Sea.” President Obama has warned "there will be consequences," but the senior diplomat, speaking on condition of anonymity, continued: “China seems poised to make a serious move to solidify its hold on the South China Sea after the G20. Why wouldn’t it? America is obsessed with its elections. And if [US President Barack] Obama would not even enforce a ‘red line’ when Assad was killing his own people with chemical weapons, ASEAN nations know he won’t come to our aid over some rocks – as many in the media will surely spin in – when his time in office is almost up.”

Beginning the morning of September 3, global media began quoting extensively from a piece in The New York Times indicating Beijing massed vessels around Scarborough Shoal, claimed by China, the Philippines and Taiwan each. The controversial move is one of a long stream of Chinese aggressions in recent years. Reports indicated that troop ships as well as barges – which could be utilized for dredging, the first steps in turning rocks into islands and islands into military bases, a play China has utilized in the past in the South China Sea – were less than 2 kilometers from the shoal.

Making matters worse, and handing China even greater incentive to begin reclamation efforts, was what can be best described as an untimely comment by Philippines President Rodrigo Duterte, who threatened to insult President Obama during a proposed meeting at the East Asia Summit if he raised human rights issues. With Washington and Manila at odds, Duterte gave Beijing a golden opportunity to push forward, cementing its grasp on Scarborough.

While relations between the United States and the Philippines, at least in the short term, are strained, Manila has every incentive to work with Washington to ensure that Beijing does not begin reclamation work at Scarborough Shoal. As a first step towards such an effort, in a move to attempt to deter and prevent Chinese action, President Obama should voice his opposition, in no uncertain terms, that any attempt to seize Scarborough would constitute a challenge to the peace and stability of Asia and would force Washington to rethink many areas of cooperation with Beijing. These could include future participation in RIMPAC and a pause in bilateral investment treaty negotiations.

At the same time, the trend lines in the South China Sea suggest that China can increase its military might in the region dramatically for months and years to come thanks to its new island bases. The United States must actively begin crafting a strategy for if Beijing does move forward on reclamation with the goal of negating China’s growing military muscle. Options could include rotational or permanent US naval assets, especially attack submarines, in Cam Ranh Bay in Vietnam and a permanent naval presence, including an aircraft carrier battle group, once again in the former US naval base at Subic Bay in the Philippines, about 200 kilometers east from Scarborough Shoal. No matter what plan of action is adopted, the goal must be to reinforce America’s critical alliances and strategic partnerships as well as ensure that the South China Sea will remain a part of the global commons – a body of water all nations have the sacred right to utilize.

Harry J. Kazianis serves as the new director of Defense Studies at the Center for the National Interest and Executive Editor of The National Interest. He is the author of  The Tao of A2/AD: China’s Rationale for the Creation of Anti-Access and editor and co-author of the report Tackling Asia’s Greatest Challenges: A U.S.-Japan-Vietnam Trilateral Report.