The Real Problem With America's Rebalance to Asia: A Crisis of Expectations 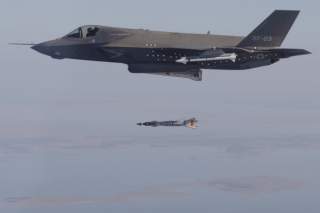 CSIS’s release of its recent report Pivot 2.0—intended to help nurture a bipartisan consensus in Washington in favor of the policy—shows the topic of the ‘rebalance’ is still a live one in US foreign and strategic policy circles. The report succinctly covers a range of issues, starting with the prospects for the Trans-Pacific Partnership, and working its way through China, defense, Korea, India and Southeast Asia. Australia’s clearly not seen as a problem—it barely rates a mention.

The US rebalance (née ‘pivot’) dates from the first term of the Obama administration. So at the start of 2015 it seems quaint still to be writing a blog post on the policy. But around the region, and even within the US, it’s a policy about which people remain uncertain. Some critics describe it as merely the name for Obama’s Asia policy, but in private conversations I’ve heard harsher judgments.

For those who want to see what is—and isn’t—occurring under the rebalance, I’d recommend doing more than reading the CSIS report. Have a look at two other US sources. The first is the presentation that US Deputy Secretary of Defense, Bob Work, gave to the Council on Foreign Relations at the end of September 2014. In that presentation, Work provided a robust defence of the efforts being made to enhance US military capacities across the region. The four largest defense construction projects since the Cold War are all located in Asia. By 2020, 60% of US air and naval forces will be based in the region. And that’ll include the newest equipment, like the F-35s, the P-8s, and the Zumwalt-class destroyers.

In Work’s view, the rebalance is occurring but its effects are somewhat diluted by an even larger global shift within the US defense force—after Afghanistan and Iraq, a smaller emphasis on forward-deployed forces and a larger one on reconstitution of US surge-force capabilities.

The second source is the majority staff report prepared for the US Senate Foreign Relations Committee back in April 2014. That report looked in greater detail at the non-military side of the rebalance—including diplomacy and aid—and in general found a set of policy instruments that were even less well-resourced than the military effort. The East Asia and Pacific Bureau in the State Department, for example, had 12% less funding in 2014 than it had back in 2011.

So yes, the rebalance exists. But it struggles for oxygen, in part because of the broader strategic baggage carried by the president. Moreover, substantial parts of the rebalance will take time to unfold—it’s not designed to address allies’ and partners’ demands for instant gratification and constant assurance. And, even when it’s run its course, the rebalance isn’t going to restore the regional status quo ante China’s rise.

It’s that last point that highlights the extent to which the rebalance faces what we might call a crisis of expectations. Since different people believe it was meant to do different things, they judge it by different standards. Some of those metrics strike me as unrealistic. For example, it’s perfectly true that even after the rebalance is completed, the US’ position in the region won’t be restored to what it was in the glory days of the 1990s. But the rebalance was never intended to do that. It wasn’t meant to reverse the rise of the Asian great powers, nor to roll back the tides of history.

Similarly, the rebalance was never intended to suggest that the US was happy to ignore what went on in Europe and the Middle East. Washington might have thought it was overweight in those areas, but it certainly didn’t think they were irrelevant. So have events in Ukraine, Syria and Iraq distracted the US from Asia? Of course. But the US is a global player, not just a regional one.

The rebalance, even if successful, is merely one variable in a shifting strategic landscape. By itself, it won’t return the US to the position of the ‘indispensable player’ in Asia. Still, its principal value lies in the fact that the policy strengthens Washington’s ties to Asia. And that’s why Australia should want the rebalance to succeed: because its various components—including a comprehensive TPP agreement, a military reorientation into the region, and US membership of key regional institutions—will mean a US more closely engaged with both our and the region’s strategic future.

Rod Lyon is a fellow at Australian Strategic Policy Institute and executive editor of The Strategist where this piece first appeared.