The Real Russian Interest in US Elections 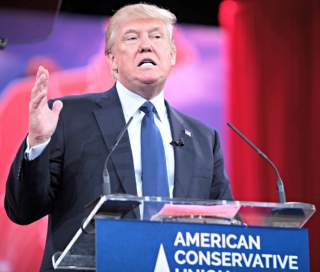 As allegations of a “Russian hand” behind the release of DNC emails gain momentum, Putin’s incentive to boost Trump is increasingly viewed as beyond question. Yet there doesn’t seem to be any effort to look at the v the discourse about US presidential elections that has been evolving in Russia--long before the DNC scandal. The truth is that Russia’s perceptions about Trump and Clinton are much more nuanced than often portrayed.

One of the first impressions of the campaign the Russians had – especially during the party debates – was the element of a theatricality with a lot of focus on the form and much less on substance. Understandably, attention to issues of domestic policies outside a cohort of professional Russian America-experts was minimal – if any. On the foreign policy front, however, most candidates left the impression of being extremely ignorant, including on daunting security issues. The most disturbing part is that virtually none of them offered a comprehensive foreign policy program rather a continuous repetition of well-known mantras of American “leadership”. All of the forecasts of American foreign policy in Russia thus had to be based either upon a previous foreign policy record and experience – as in case of Hillary Clinton – or merely on assumptions and even speculations – as in the case of Donald Trump.

Donald Trump came to be perceived in Washington and most of the mainstream Western media as “the Kremlin candidate”. It’s primarily based on Trump’s complimentary remarks vis-à-vis President Putin, exaggerated ties of some of his aides to Moscow, as well as his support for Russian actions in Syria and the seeming eagerness to let American allies in Europe pool themselves up by their own bootstraps. What further fuels this argument is that the Russian media has long swooned over Donald’s “witticisms”. His flamboyant personality is appealing and is frequently likened to – rather erroneously – to Vladimir Zhirinovsky a notorious leader of the Liberal Democratic Party of Russia and remains a popular politician in Russia. Another argument to support the alleged affection between Trump and Putin is the parallel drawn between Trump – with his farceur character – and Former Italian Prime Minister Silvio Berlusconi – one of Putin’s best international bosom pals.

Clearly, Russians have a different perception about what constitutes American values and “public rules”. This vision is born out of their own distinct history and the entirely different social and political experience. The notion of “political correctness” is viewed by many Russians as a sign of the “fakeness” and “insincerity” of the Western culture. Social taboos that exist in the US are perceived as largely artificial and self-imposed. Therefore, ordinary Russian citizens look at Trump through a different lens than his opponents in the US. For the Russians here is a man who unafraid to speak his mind freely; someone openly challenging a political system they themselves believe is imperfect. For that matter, another “trouble stirrer-up” of this race-- Bernie Sanders--was equally likeable: both Trump and Sanders each in their own way buffeted a system that was in dire need of one. Very often descriptions of Donald Trump and Bernie Sanders were lumped together in the Russian discourse. Russians pay attention to Trump without always fully realizing why some Americans fear him – but understanding even less why many Americans still vote for him.

This is not necessarily how Trump is perceived by the expert community and decision-makers in Russia. As in the US, Trump hasn’t long been taken seriously by most of Russian political observers. Many still refuse to believe in the ultimate success of “the Trump phenomenon” even after his party nomination. There’s little hope in Moscow that Trump can indeed deliver on at least half of what he is promising. Likewise, there’s no illusion that should he try to push foreign policy proposals that are now driving many in Washington mad. The fact is that he would encounter a powerful bipartisan opposition as well as political sabotage by legislative and executive bodies. These developments alone would seriously hamper his capabilities to drastically alter the strategic course of the United States.

Besides, with Trump, “unpredictability” – a trait Moscow itself is frequently criticized for in the West – renders him bad services. Despite Vladimir Putin’s occasional praise of Trump there’s little trust in the Republican front-runner as a credible partner in Moscow at the moment. Moreover, the superficial understanding of the contemporary nature of US-Russia relations that both Trump and his advisers demonstrate push him to a “series of personal deals” with Putin as a perceived guarantee of quick restoration of the relationship. In case Trump fails to achieve quick results through this approach, he may easily convert his conciliatory rhetoric towards Moscow to the one he advanced vis-à-vis China, Mexico or Muslim migrants. That said, the arsenal of his swashbuckling behavior--some of which is now amusing many in Russia--may at the end of the day be turned against Moscow – with the significant difference that it will then be President Trump with administrative, political and military resources of a global superpower at his disposal. Policy-makers in Russia are well aware of this. Hence they express more cautious expectations regarding this potential presidency.

Even though Trump is being taken more seriously now, the majority of Russian policy analysts and decision-makers are quite certain that in 2017 the United States is going to have the first women-president in its history in the office. There might be no love lost between Hilary Clinton and a lot of the electorate – at least that’s the understanding in Russia – but many believe that in November Americans will most likely see her as the least of the two “evils”.

No one in Moscow is disillusioned over Hilary either. She is seen as someone who would be unlikely to want to give another “reset” a try; she would most probably be more hawkish on Ukraine and even less cooperative on Syria; she would be more suspicious about Putin’s initiatives in Eurasia and more inclined to increase American military presence in Europe to restrain what she sees as growing “neo-imperial ambition” of Moscow. One of the core elements of the “Clinton Doctrine” is likely to be a boost in support for NGOs and civil rights groups – something the Kremlin is especially extremely neuralgic about. In general, the conventional thinking in Moscow is that Clinton would be more inclined to pursue a more ideological foreign policy – one with a firm belief in American exceptionalism and reliance on military interventions, if necessary.

At the same time some of the insiders to the Russian decision-making suggest Clinton is a better option, nonetheless. For example, Igor Ivanov, Russia’s Foreign Minister from 1998-2004 argues that “experienced professionals are easier to come to agreement with even if they are tough negotiators and complicated partners. Their behavior is predictable, their positions are rational, they understand the limits of their capabilities. On the contrary”, - he continues, - “foreign policy beginners are usually hard to work with – lack of experience ... leads to emotional, erroneous decisions that are later hard to fix.”

Moreover, having worked with Bill Clinton during his presidential tenure Mr. Ivanov believes the “family experience” will have “a certain impact over Hilary’s activity as President”. Certainly, the better-the-devil-you-know logic is understandable. Some, however, may argue that if a rivalry is inevitable, then it would be more comfortable for Moscow to play against “amateurs,” not “professionals”. In this case, subverting someone who most certainly believe is going to be president isn’t going to make life easier for Moscow in the long run and would have a minimal effect - if any – in the short term anyway. Doing otherwise – as the “Russia narrative” in the DNC scandal suggests – would just be a poke in the eye of Washington and would mean calling on more troubles for itself.

But while the debate on what candidate’s policies and worldview may be more preferable for Russia continues, the overwhelming majority of the Russian political elite and expert community agree upon two things. First, the relationship in the White House is not one hundred percent defined by the person in the Oval Office. The strategic orientation of the United States for the global leadership – some argue dominance – will remain intact so will the bipartisan nature of America’s major initiatives. What’s possible and even probable – at least as seen from Moscow – are tactical changes on some issues and a revision of the foreign policy toolbox.

Second, since the current crisis between the two states has more profound roots and a long record of mutual grievances the relationship is unlikely to improve--while there’s plenty of potential for its deterioration. Therefore, preserving the current level of political antagonism at a possible low level, reining in respective anti-Americanism and Russophobia, cooperating pragmatically – yet selectively – on key international security issues of mutual interest is a set of “minimal desirables” for Russians from a future US president. Feodor Lukyanov, a prominent political commentator and chairperson of the Valdai International discussion club, words these expectations in general as “the light-dose realism”.