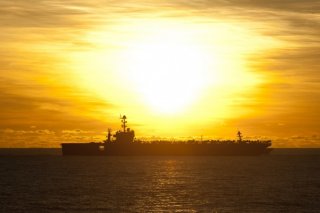 China’s accelerated construction activities in the South China Sea have understandably alarmed countries across the region and beyond. In particular, Southeast Asian claimant states such as Vietnam and the Philippines are deeply worried about the prospects of an irreversible Chinese consolidation of its sweeping maritime claims, more expansive Chinese paramilitary patrols in the area, and, perhaps most alarmingly, the establishment of an Air Defense Identification Zone (ADIZ) across the South China Sea. Meanwhile, the U.S. seems to be primarily concerned with how China’s ambitious and sophisticated construction activities could pose a threat to its national interest in term of freedom of navigation and overflight in the area.

The Association of Southeast Asian Nations (ASEAN) has also been scrambling for an appropriate and timely response, more vigorously discussing the possibility of joint patrols in the contested waters to prevent further escalation in the disputes. An often neglected aspect of the issue, however, is the ecological implications of ongoing construction activities as well as illegal, underreported, unregulated (IUU) fishing across the South China Sea. Continued failure to address the environmental time bomb in the area could lead to a major economic disaster for all claimant countries, including China.

In fairness, China is a relative late-comer in the ongoing construction game across the South China Sea. Back in the late-20th century, Southeast Asian claimant states such as the Philippines and Northeast Asian claimant states such as Taiwan were already able to establish relatively advanced structures, including airstrips, on the Thitu and Itu Aba islands, respectively. In the Spratly chain of islands, China occupies seven features (e.g., rocks, atolls, and reefs), behind Vietnam (21) and the Philippines (8).

Nonetheless, Hanoi and Manila occupy features that fall well within their 200-nautical-miles Exclusive Economic Zone (EEZ) and continental shelf. The same cannot be said about China, the southernmost province (Hainan) of which is located considerably farther. The more important difference, however, is the scale, speed, and sophistication of China’s construction activities across the Spratly chain of islands. While the Philippines and Taiwan have been building advanced structures on actual islands — that is to say, naturally-formed features that can support human habitation — China instead is artificially transforming rudimentary features (e.g., low-tide elevations, reefs, rocks, atolls, etc.) into de facto islands.

The artificial and permanent alteration of the nature of a contested feature is not admissible before international law, but it allows China to achieve de facto – rather than de jure – sovereignty over contested features. After all, China doesn’t even recognize the jurisdiction of any third party, under the aegis of United Nations Convention on the Law of the Sea (UNCLOS), when it comes to its sovereignty claims in adjacent waters. By all accounts, China is winning the scramble in the South China Sea. The accelerated pace of China’s construction activities may be linked to at least two factors.

First, China may hope to tighten its grip over contested features ahead of the expected conclusion of Manila’s legal arbitration against Beijing at The Hague sometime in 2016; and second, China may hope to deepen its strategic depth in the area before a more hawkish leadership replaces the Obama administration.

What China is doing in the South China Sea is nothing short of geo-engineering on steroids. It clearly presents both military and ecological threats to the region and beyond. In strategic terms, construction of advanced facilities allows China to establish military garrisons in the middle of the contested area, with Fiery Cross expected to serve as a command-and-control center for Beijing’s military and para-military activities across the South China Sea. Soon, China may be able to place advanced missile-defense systems, coordinate more sophisticated marine and air patrols in the area, and progressively prevent other neighboring countries from resupplying their personnel on features they already control.

The other major concern is the potential ecological damage caused by the ongoing scramble in the South China Sea. The South China Sea is a global leader in terms of biodiversity, thanks to its warm waters and tropical weather. China maintains that its construction activities are in line with its “lawful”, “reasonable”, “justified”, and “inherent and indisputable sovereignty” in the area. It recently mentioned “environmental protection” and “fishery production service” as one of the core objectives of the ongoing construction activities.

Other claimant states such as the Philippines, however, argue that China’s activities have damaged up to 300 acres of coral reefs, leading to “irreversible and widespread damage to the biodiversity and ecological balance” and costing neighboring states up to $100 million annually due to the negative impact on coral reefs, which are breeding grounds for high-value fisheries. Philippines’ coral reefs have also been damaged by American (USS Guardian) and Chinese vessels in recent years. By some estimates, 70% of coral reefs in the South China Sea have already been adversely affected by a combination of pollution, unsound fishing practices, mechanical accidents, and climate change.

Fisheries resources have been severely undermined due to over-exploitation and large-scale illegal fishing. In recent years, the Philippines has repeatedly apprehended Chinese andVietnamese fishermen for poaching endangered species such as sea turtles within its EEZ. Desperate to stem illegal fishing by foreign vessels within its waters, Indonesia has resorted to a more aggressive ‘sink the vessels’ policy. With China increasingly relying on itsfishermen-cum-militia armada to consolidate its claims in the South China Sea, illegal, underreported, unregulated (IUU) fishing will most likely intensify.

From the Northern Pacific, North Sea, and the Baltic to the Mediterranean and even the Yellow Sea, there have been numerous and relatively advanced efforts at establishing fisheries management and related environmental-protection regimes. As signatories to the UNCLOS and Convention on Biological Diversity, South China Sea claimant states should begin to seriously discuss necessary measures to address the brewing environmental crisis, which will affect the livelihood of tens of millions of people in the area with unimaginable socio-political and economic repercussions. This may after all be the biggest challenge in the South China Sea.