The Real South China Sea Crisis Everyone Is Missing 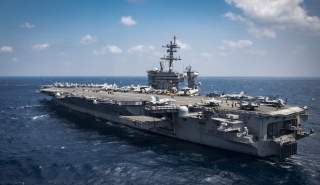 China will soon host a dialogue with Southeast Asian nations aimed at managing tensions in the South China Sea. But it’s not clear whether the talks will help to save a marine environment that in parts is facing collapse.

While diplomats discuss the implementation of a code of conduct for rival claimants in the vast waterway, scientists say that the region’s marine environment also deserves attention, partly because overfishing on all sides is depleting fish stocks.

Chinese fishermen in search of valuable giant clams have destroyed vital coral reefs on a vast scale, although that practice now appears to be slowing.

Rachael Bale of National Geographic, who has written extensively on the South China Sea, aptly summed up the situation early this year, saying that “While politicians argue over which country controls the region, the fishery … is on the brink of collapse.”

According to The Nature Conservancy, overfishing is a common problem around the world. Maria Damanaki, global managing director for oceans at the Conservancy, explains that “when too few individual fish of breeding age remain, they simply don’t produce well …”

It is what she describes as “a lose-lose situation for both fishermen and conservationists.” The stakes are particularly high in the case of the South China Sea.

Occupying more than 3.5 million square kilometers, the South China Sea is one of the world’s five leading fishing zones, according to researchers at the University of British Columbia.

The fishery employs more than 3 million people, contributes heavily to the global fish trade and provides a major source of vital protein to millions of people living in the nations that depend on it.

In addition, experts believe that huge reserves of oil and gas lie unexploited beneath the disputed waters.

US Air Force Captain Adam Greer, who has done research partly funded by the National Defense University, says that the stakes in the South China Sea can be summed up by a “3 P’s rule”—politics, petroleum, and protein.

In an article published in The Diplomat, Greer argues that the protein derived from fish may be the most important factor driving competition in the South China Sea.

The best news for the environment, one leading American scientist says, was a Chinese decision early this year to enforce regulations calling for a halt to the harvesting and processing by Chinese fishermen of giant clams in the South China Sea.

John McManus, a professor of marine biology and fisheries at the University of Miami, said that the decision, announced by China’s southern Hainan province, could mark a major step toward helping to preserve and restore a vital part of the marine environment.

The giant clams are embedded in coral reefs that protect small fish from predators. The coral reefs also play a role in replenishing fish stocks.

According to McManus, Chinese poachers using boat propellers to dig up reefs and uncover the clams have caused widespread damage to many of the reefs. Chinese dredging aimed at gathering sand and gravel to build artificial islands has caused further serious damage.

The highly valued shells of the clams have been carved much like elephant ivory into intricate ornaments for sale to Chinese tourists visiting Hainan Island. Some Chinese regard the meat from the clams as a rare delicacy and an aphrodisiac.

Gregory Poling, director of the Asia Maritime Transparency Initiative at the Washington DC-based Center for Strategic and International Studies believes that the biggest factor in reducing the giant clam shell trade may be Chinese President Xi Jinping’s anti-corruption campaign.

“As the crackdown on corruption has spread, people are understandably hesitant to accept jewelry or statues made from poached giant clams,” Poling said.

Zhang Hongzhou, a research fellow at the Nanyang Technological University of Singapore, says that it appears the crackdown on the giant clam trade has been “very decisive, at least as of now.”

The local government on Hainan Island, he says, also intends to promote “fishing tourism” as an alternative source of income for the local fishermen.

But Zhang says that he sees some evidence that the price for giant clams is rising, which could lead to an underground trade that spurs illegal harvesting.

The various nations involved in the South China Sea, including China, have laws aimed at preserving the marine environment. But the problem so far has been a lack of implementation.

But another development points to potential conflict.

Satellite photos taken by the firm Planet Labs on March 6 show the clearing of land by China for possible new construction in the disputed Paracel Islands. Taiwan and Vietnam claim the Paracels as their territory.

Last month China’s agriculture ministry announced a fishing ban, including over a number of areas claimed by the Philippines, Taiwan, and Vietnam, among others, in the South China Sea, that would last from May 1 to August 16. The Vietnamese Foreign Ministry strongly objected to the ban, which it described as “unilateral.”

At the same time, on the diplomatic front, China claims to be drafting a new code of conduct with the Association of Southeast Asian Nations (ASEAN), although some experts doubt that diplomats can complete it as promised by the end of this year.

A non-binding code of conduct resolution signed by China and ASEAN in 2002 included brief mention of cooperative “marine environmental protection,” contingent on a comprehensive and durable settlement of the disputes.

Marine biology expert McManus says that effectively managing the marine environment will require peaceful relations among the nations whose fishermen, and the Coast Guards backing them, have clashed frequently in recent years.

McManus proposes that a “marine peace park” be established in the Spratly Islands and that a freeze on territorial claims be imposed as part of an agreement. But satellite images showing the clearing of land on North Island in the Paracels group makes a freeze seem unlikely any time soon.

Carl Thayer, a Vietnam expert at the Australian Defense Force Academy, describes the Paracels as “vital to any future Chinese attempt to dominate the South China Sea.” But as long as the territorial disputes drag on, the maritime area’s environment will likely continue to pay a high cost.