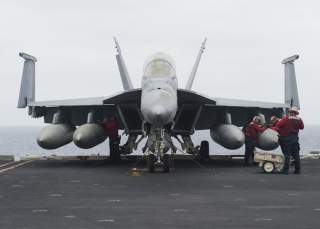 In a seminal article in 1978 Robert Jervis outlined the concept of the security dilemma. Jervis observed that ‘many of the means by which a state tries to increase its security decreases the security of others’. Where “one state gains invulnerability by being more powerful than most others” its advantage “provides a base from which it can exploit others.”

The problem of the security dilemma in the South China Seas has several dimensions. Relative to its East and Southeast Asian neighbors, China is now very powerful and can exploit that situation to increase its own security relative to that of the US. The US, on the other hand, sees itself as invulnerable with respect to China and with the ability to leverage its invulnerability to pursue its own security and economic interests and those of its allies irrespective of China’s.

As Allan Behm noted, “it’s a strategic and political impossibility for China meekly to accept the Court of Arbitration’s ruling and withdraw its claim.” In part, that’s simply a matter of security policy. The US has tried to ring China with allies, especially allies hosting US forces, so for China, forward deployment of its forces and surveillance assets to the South China Sea is an obvious force posture move. This is a good example of the security dilemma in action.

There’s another element of China’s stance on the South China Sea. In his address to the UN Xi Jinping began by observing, “Only by drawing lessons from history can the world avoid repeating past calamity.” Although referring to World War II, that idea has far greater resonance with the Chinese and the CCP leadership. Most pertinent for present day Chinese are older lessons from Chinese history.

National psychology is a powerful driver of China’s refusal to back down over the South China Sea. China’s history and in particular its sensitivity around the ‘century of humiliation’ suffered while they were comparatively weak reinforces their policy. That notion is central to modern China’s founding narrative and to the legitimacy of the CCP leadership.

The century from 1839, when British gunboats forced China to open up to the opium trade, to the CCP victory in 1949 is known as the ‘century of humiliation’. Alison Kaufman writes that for many Chinese this period provides the “historical lessons that are taken as indicative of how strong Western powers tend to behave toward China.” The massive rebellions that wracked China, fanned by “the imperial government’s acquiescence to foreign demands,” also influences the strategic thinking of China’s leaders.

The Chinese leadership nourishes the narrative that the CCP saved China from the suffering and indignities imposed by foreign powers, and “this narrative has become a key legitimiser for CCP rule, because the CCP is portrayed as the only modern Chinese political party that was able to successfully stand up to foreign aggression.” Behind it all lies a “profound sense of shame and humiliation” so deeply embedded in the Chinese psyche that it still sees itself as a victim. For China to back-down from the South China Sea strategy would be to submit again to a hegemon.

The US asserts its right to override the national interests of other nations and to shape the world seemingly irrespective of the internal preferences of other states. This view affirms the US “will ensure tomorrow’s global trading system is consistent with our interests and values by seeking to establish and enforce rules’; that an “obligation’ lies on the US for ‘reinforcing, shaping, and where appropriate, creating the rules, norms, and institutions.” The US will be “strategic in the use of our economic strength to set new rules of the road.”

This language isn’t just about a rules-based international order; it espouses a unilateral right by the US to make/change the rules and assumes the authority to enforce them. The ‘exceptionalist’ view of the 2015 US National Security Strategy is evidently understood by the Chinese leadership.

In the South China Sea the security dilemma is further complicated by memories of China’s past tragic experience. It’s complicated by the role history plays in validating the Chinese leadership. In the shadow of the “century of humiliation” China may be prepared to go the precipice and beyond; even in the face of preponderant US power.

Confrontation and military brinksmanship in the South China Sea is more likely to cement China in its current policy than to relieve tensions.

Unless Western nations adopt a more nuanced philosophy on global governance, and a more accommodating approach to emerging powers in Asia and Africa, that comprehends their unique historical experiences and cultural value, the decline in Western global relevance will accelerate. This isn’t to advocate appeasement or a retreat, but rather, an evolution to a primarily non-military approach that recognizes the genuine complexity of international relations.