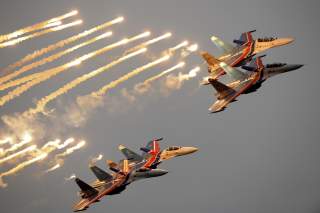 Thus, with the information available, it is likely that Russian and Chinese deployment of long-range air-to-air missiles—and the fifth-generation fighters to carry those weapons—could pose a significant problem for the Pentagon. It’s a problem that certainly bears watching in the coming years.