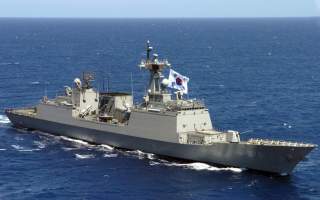 North Korea has done it again. On October 9 they conducted yet another nuclear test, so far the most powerful and arguably the most successful. To make matters worse, there are good reasons to expect that another test is in the making.

North Korea’s strategy is not difficult to predict. Decades ago, North Korean leaders decided to go nuclear and subsequent global events have increased their resolve — they openly say that Saddam Hussein would still be alive if he had actually possessed weapons of mass destruction.

North Korea is not interested in promises of favorable economic cooperation or security and lessons from recent history confirm their reluctance to take such promises seriously. Muammar Gaddafi of Libya agreed in 2004 to surrender his nuclear program in exchange for economic reaches but he then ended up being killed by rebels who were supported by Western powers. In 1994, Ukraine agreed to remove the nuclear weapons it had acquired after the collapse of the Soviet Union in exchange for security guarantees from Russia, the United States and the United Kingdom, but Crimea was subsequently annexed by Russia. North Korean leaders see these examples as justification of their belief that nuclear weapons are vital for their regime’s survival.

What can the outside world do in this situation? If the goal is North Korea’s denuclearization then the honest answer — while discouraging — is ‘nothing, short of a military operation’.

Negotiations have failed many times. North Korean decision-makers, understandably, have little enthusiasm for negotiating what they sincerely (and perhaps, correctly) see as their own death warrant.

It might be possible to negotiate a freeze of North Korea’s nuclear program and to buy Pyongyang’s willingness to stop nuclear development for a period of time. But such an agreement would entail allowing weapons and fissile material to remain in North Korea. This imperfect and controversial compromise is not possible now since neither North Korea nor the United States are particularly interested in such negotiations.

The general mood in Washington and other major Western capitals is in favor of a hard-line approach. The greatest hope is pinned on UN-approved sanctions. But this approach has even less chance of success.

To start with, no sanction regime is going to succeed without a sincere and unconditional endorsement from China, which now controls over 90 per cent of North Korea’s foreign trade. But despite being seriously annoyed by Pyongyang’s nuclear brinksmanship, Beijing is still very reluctant to join a sanctions regime.

Unlike their US colleagues, Chinese analysts understand that mild pressure will not prompt North Korean leaders to consider denuclearization. Even if international sanctions deliver a blow to the country’s economy, North Korean decision-makers will not change their course. It will be the common people who pay the price — suffering, starving and, perhaps, dying in droves — while the government continues a course that elites consider vital for their state’s survival as well as their own.

China understands that only hard pressure will work with North Korea — the kind of pressure that focuses not on economic collapse, but rather revolt. If faced with this pressure, the North Korean elite might decide that discontinuing their nuclear program constitutes a lesser risk than the political consequences of such a crisis. But there is still good reason to believe that even in such a situation Pyongyang would ignore politics and continue with its nuclear policy.

From China’s point of view, it is risky to subject North Korea to such pressure. There is a high likelihood that such sanctions will provoke regime collapse, which China does not want. China doesn’t want civil war in a nearby nuclear-armed state, it doesn’t want a situation which might necessitate its own military and political involvement and it also doesn’t want Korea’s unification under the auspices of a successful, pro-US, democratic and nationalistic South Korea.

There are reasons to be skeptical about the recent hopes in Washington that the increased US military presence in the region, justified by North Korea’s bellicosity, will prompt China to change its attitude to Pyongyang. As demonstrated by the US’s recent decision to deploy Terminal High Altitude Area Defence (THAAD) anti-missile systems in South Korea and China’s subsequent hostile reaction, such attempts would push China in the opposite direction, making it more inclined to see North Korea as a strategic buffer against the United States.

This is all fairly pessimistic. But like it or not, it is time to learn to live with a nuclear North Korea. There is still a role for the international community to quietly promote changes which are likely to make North Korea less dangerous — such as through supporting Kim Jong Un’s regime drift towards the ‘developmental dictatorship’ model. But this will be slow, difficult to explain to the public and clearly imperfect. More attempts will be made to solve the nuclear issue through pressure and negotiation. But these attempts have little chance of success.

Andrei Lankov is a Professor at Kookmin University, Seoul, and Adjunct Research Fellow at the Australian National University.