The S-3 Viking: The Submarine Hunter Russia Feared (That Retired Way Too Early) 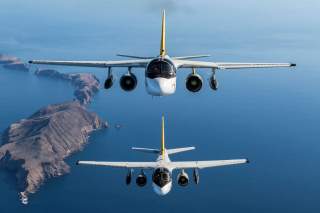 Finally, there is the matter of the antisubmarine mission, which has no fixed-wing replacement onboard American carriers. While Navy SH-60 Seahawk helicopters provide antisubmarine protection, they can only operate over fairly short distances at low speeds, suitable for close protection rather than large area patrols. Long-distance patrol duties are now confined to large P-3 and P-8 maritime patrol planes, which operate from bases on land. This means the carriers can only make limited contributions to the antisubmarine mission, even though we live in a time when cheap and effective submarines are proliferating to an unprecedented degree in the Pacific, and submarines have repeatedly succeeded in slipping through defenses to sink carriers in naval exercises.

The Viking provided valuable service to the U.S. Navy by virtue of its very long range and adaptability to a wide variety of roles. It could likely have gone on doing so for many more years if newer, more expensive and more limited alternatives had not displaced it.