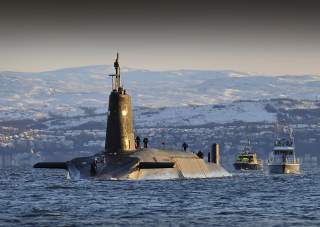 Curiously, the HMS Vanguard, a British Royal Navy nuclear submarine also experienced a collision that evening. The first of her class, the Vanguard measures 150 meters long and displaces 16,900 tons when submerged.

This appeared last December and is being reposted due to reader interest.