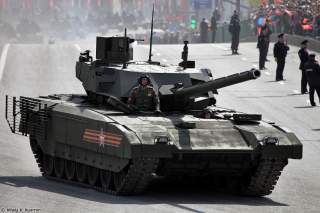 Russia’s war in Ukraine has brought into question the very notion of NATO’s Article 5, as concerns grow that Estonia might lie next in the Kremlin’s attention. Russia’s posturing in Ukraine, however, should be seen as that of a weaker power trying to avoid confrontation with a stronger power. It is not that Ukraine could defeat Russia in an outright war, but that Russia actually fears a confrontation with NATO. This is partly why Vladimir Putin has been employing his so-called hybrid warfare, which is essentially war without declaring war. In order to conduct such an operation, one needs soldiers in well-trained in asymmetric operations, sophisticated electronic and cyber capabilities, and excellent intelligence. The Russian drive for army modernization has thus focused on the use of electronic and cyber systems, and drones. In this regard, NATO members need to recognize the threat from these seemingly less menacing tools of war, and improve defenses against them to counter future assaults.

The conceptual basis for Russia’s asymmetric warfare is rooted in the theory that weaker powers need to find ways to negate their opponents' strengths. Ivan Arreguín-Toft of Boston University has highlighted this point, in addressing how weaker powers have fought and sometimes won against far greater militaries. Putin likes to tout Russian martial prowess, but his actions suggest that he does not want actual confrontation with NATO. This still poses a great danger for the West, in that Russian regional goals are still unhampered, although they are being pursued by more subtle methods. The news that Russia and China are pledging to not hack each other also presents a worrying situation, as the U.S. and its allies could soon be subject to increased cyber threats. Additionally, the conflict in Ukraine has shown how sophisticated the Russians have become in employing electronic jamming and drones.

Well trained, professional electronic and cyber units allowed Russia's forces to cripple lines of communications between the Ukrainian armed forces, thus annex Crimea with little difficulty. Cyber-attacks on the White House’s email system and Estonia also reveal Russia's wide reaching ability to gain intelligence through electronic means and to disrupt opponents' lines of communication. These successes have led to hackers being used more and more for military and foreign policy objectives. In the Donbas, the electronic dominance by Russia has gotten so bad that Ukraine is mulling a bill to ban the use of cell phones by military personnel in the conflict zone. This is part of the Kremlin strategy to divide and conquer, in that Russia can gain a comparable advantage over opponents through disruption and confusion.

In addition to its army of hackers, Russian use of drones reveals the military’s focus on better intelligence and professionalization of its forces. Heavy-handed responses like bombarding Chechen cities are gone as tactics. Rather, their war with Ukraine, Russian soldiers and separatists have been working in tandem, using drone reconnaissance to make their artillery attacks incredibly effective. This has been a great nuisance to Ukraine, who has been struggling to deal with such rapid reconnaissance, followed by incoming shells. This quick turnaround from surveillance to action should be noted by NATO and reveal the ability of quick and relatively precise attacks by Russia and its proxies.

This focus on asymmetric cyber and electronic integration does not seem a short term means to an end. Russia is taking these concepts to heart, even speaking of building brand new attack drones as part of its arsenal. Again, this is revealing Russia’s reliance on weapons of the weak. Despite posturing that drones will be a domineering weapon showing strength, their use reveals relative weakness. Although advantageous to Russia, developing drones is also much more in line with Russian strategy, as they are much cheaper and easier to field than jets. This allows Russia (barely) plausible deniability, without worrying about pilots being captured, or maintaining a more robust air force.

Russia’s continued sabre rattling and incursions into NATO nations should be seen as a threat, but it will most likely not result in an outright war. The point of Russian probing is to elicit a response, but without provoking a united response. The asymmetric attacks by electronic and cyber means will continue, and there have been real steps to help counter them. However, the West needs to realize that this is new facet of the modern Russian military is here to stay. As the Russian armed forces continue their march of modernization, cyber, electronic, and robotic threats will grow in their strength and sophistication, and will constitute a very real problem.

This piece first appeared on the Atlantic Council's Website here.