The Shortsightedness of NATO's War with Serbia Over Kosovo Haunts Ukraine 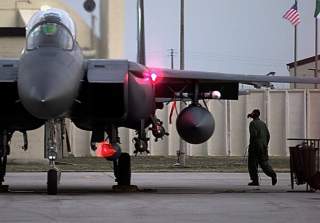 Today it seems the past is just history. US president Barack Obama and secretary of state, John Kerry, have lamented the return to "19th century politics," with its outdated "spheres of influence" in Eastern Europe.

Dismissing Russian hostility to Ukraine's drift towards the West, German chancellor Angela Merkel has claimed that Russian president Vladimir Putin is living "in another world."

"The Cold War," she has said, "should be over for everyone."

"Russia," says Australian Prime Minister Tony Abbott in his assessment of Eastern European geopolitics, "is a big country trying to bully a small one."

With the conflict still boiling, NATO now appears ready to go further than ever before in its commitments to Kiev. On Wednesday The Guardian reported that Ukrainian president Petro Poroshenko will be "the sole non-NATO head of state to negotiate with alliance leaders" at their Cardiff summit next week.

They're expected to create four "trust funds" to modernize the Ukrainian armed forces, including its command and control structures. By degrees Ukraine is being drawn into the Western alliance.

Since nothing suggests that sanctions have changed Russia's calculus - note Wednesday's other report of up to 100 Russian tanks on the Ukrainian side of the border - looming more than ever now is a lasting estrangement. Anders Fogh Rasmussen, NATO's Secretary-General, is nonplussed:

“We have to face the reality that Russia does not consider NATO a partner. Russia is a nation that unfortunately for the first time since the Second World War has grabbed land by force ... It is safe to say that nobody had expected Russia to grab land by force.”

For the first time, NATO forces will be permanently stationed in Eastern Europe, probably the Baltics, on Russia's own borders.

At best, this strategy will intimidate Russia into a humiliating backdown. At worst, it could inaugurate a lasting rebalancing of the global order.

Now 91 years old, Henry Kissinger, Nixon's secretary of state, has just published his latest book, World Order. It reiterates, for a new age, the classically realist principle that a stable international order lies in equilibrium among the world's great powers.

The reviews will come—and some already have. But, especially relevant today is his warning, in a 1999 Newsweek article, about the shortsightedness of NATO's war with Serbia over Kosovo:

“The rejection of long-range strategy explains how it was possible to slide into the Kosovo conflict without adequate consideration of its implications ... The transformation of the NATO alliance from a defensive military grouping to an institution prepared to impose its values by force ... undercut repeated American and allied assurances that Russia had nothing to fear from NATO expansion.”

Those who believe Putin's Russia a corporatist, nationalistic state with scant regard for the rule of law will find Kissinger's prescience remarkable:

“The tribulations of Yugoslavia ... emphasized Russia's decline and have generated a hostility towards America and the West that may produce a nationalist and socialist Russia - akin to the European Fascism of the 1930s.”

Now, Putin is no Hitler. But he is a "Great Russian" nationalist. Since Russia annexed Crimea in March, Putin has repeatedly invoked the war, and Serbia's partition that culminated in the establishment of an independent Kosovo, as both a legal precedent for Russia's actions and as a demonstration of the alliance's aggressive intent.

Kissinger began his career as a historian of 19th century diplomacy. His first book, A World Restored: Castlereagh, Metternich and the Problems of the Peace, analyzed the rebuilding of the European order after the chaos of the French Revolutionary and Napoleonic Wars (1792-1815). It's Kissinger's "19th century logic" that puts paid to the idea that that Russian "bullying" in Ukraine is all a one-way street.

The same logic suggests that, instead of promoting a return to equilibrium, NATO's latest moves will merely confirm its nefarious purposes in Russian eyes. Combined with sanctions, they will "prove" that the only interests that count are the West's, spurring Moscow into making common cause with other capitals frustrated by what they perceive to be the West's blinkered vision.

It's a notably shortsighted way to handle foreign relations. Indeed, Kissinger's judgment on the Clinton administration's policies in Kosovo in 1999 could be made of Washington and Brussels today:

“(They) have little concern with notions of international equilibrium ... (and) are ever tempted to treat foreign policy as an extension of domestic politics. Their diplomacy is quite skillful in dealing with short-term issues but obtuse with respect to strategy.”

Where does all of this leave Australia, formally a NATO "global partner", with deep political, defense, and intelligence links with its two most important military contributors (the US and UK), but not itself a member?

The easiest answer is to shrug our shoulders and get on with the "Asian Century." Officially on ice, it's still the bedrock of Australian thinking. (Though, of course, Russia is an Asian country too.)

The problem is that as an increasingly frequent participation in extra-regional fora - not only is Australia a NATO "global partner," but an OSCE "partner for cooperation," member of the G20, and a non-permanent member of the Security Council for 2013-14 - is making an account of Australian aims beyond littoral Asia, and strategy for pursuing them, more important than ever.

Indeed, as a country usually able to produce sharp-eyed assessments of its interests (think of recent agreements with Washington and Tokyo as part of a strategy aimed at balancing China), Australia's role could be to work through with NATO partners closer to Russia - geographically, economically or politically - the high stakes involved for the West as a whole when it comes to getting policy with Russia right. As Kissinger said in 1999:

“Russia's image of itself as an historic player on the world stage must be taken seriously. This requires less lecturing and more dialogue; less sentimentality and more recognition that Russia's national interests are not always congruent with ours.”

Today, that might be too late: "History in its perversity," Columbia University's Robert Legvold has recently written, "often ... locks key actors inside the events they are struggling to master and obscures from them the larger implications of their actions."

All the same, Kissinger's career shows that it's precisely the study of the past that means that that doesn't have to happen. To help revive, so to speak, the "art of grand strategy," we need to be thinking more about history, not less.

Now that NATO appears to have photographic evidence that the Russian army is operating on Ukrainian territory, one last extract from Kissinger's essay seems pertinent:

“It was conventional wisdom in Washington that Serbia's historic attachment to Kosovo was exaggerated … But what if Serbia did not yield? How far were we willing to go?”

With Obama affirming that the US is "not taking military action to solve the Ukrainian problem," that question, and the gap in ambition between means and ends it points to, appears as open now as it always has in this crisis.

Matthew Dal Santo is a freelance writer and foreign affairs correspondent. He previously worked for the Department of Foreign Affairs and Trade. This piece first appeared in ABC’s The Drum here.