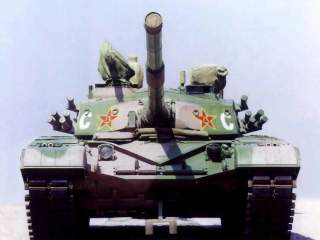 In November 2016, China held its major biennial air show in Zhuhai. The event brought in 700 exhibitors as potential customers from Africa and Asia flocked to see Beijing’s military wares.

The main focus of interest was, of course, China’s new J-20 stealth fighter — the country’s next-generation warplane — as the air show was the site of the plane’s first public demonstration.

But the Chinese arms industry is also having trouble, according to the December 2016 edition of O.E. Watch, the newsletter for the U.S. Army’s Foreign Military Studies Office. “Despite this attention, China still faces a number of hurdles in the defense trade industry,” the newsletter noted.

“The global perception of the Chinese defense industry is less than adequate. Some of the perceptions are due to malfunctioning systems or defective weapon designs. Additionally, China lacks extra services, such as training and the maintenance of equipment and arms. Some countries also lack political trust in China.”

To be sure, China has made serious inroads around the world by selling weapons. Two thirds of African countries now use Chinese arms. Over the last few years Chinese weapons exports reached record highs. But lately, arms deals have slowed — and Russia and America still dominate the global market.

In September, Chinese exhibitors apparently struggled to find buyers at an air show in South Africa even as officials in Beijing aggressively tried to secure deals for the JF-17 fighter — a Chinese-Pakistani equivalent to the U.S.-made F-16. Several African countries are more heavily scrutinizing their budgets with consequences for arms sales.

Nigeria is currently the only African country with JF-17s on order.

When Cameroon purchased four brand new Chinese attack helicopters, one of them crashed shortly after delivery, causing an apparent freeze in new acquisitions. There have been concerns among some buyers about the quality of Chinese weapons.

Compared to battle-tested American and Russian weapons, many Chinese systems have yet to prove themselves to new military customers.

During an Indonesian Navy exercise on Sept. 14, 2016, two Chinese made C-705 missiles failed to hit their targets after launching from two KCR-40 attack ships. This was a particularly embarrassing setback in no small part because Indonesian Pres. Joko Widodo personally witnessed it.

Zhou Chenming, a Chinese defense industry insider who previously worked for a subsidiary of China Aerospace Science and Technology Corporation and now works at the Knowfar Institute for Strategic and Defense Studies, defended the missiles, emphasizing that human error may have played a role.

“When a missile is fired, human factors play the key role during the intermediate operations to decide whether it will hit its designated target, including a series of reference data such as what altitude it needs to ascend to in the first stage and when it needs to turn,” Zhou told the South China Morning Post.

He added that the C-705 missile and shorter range C-701 and C-704 missiles had proven effective in attacks by Iranian-backed Houthi rebels in Yemen against United Arab Emirates ships serving with the Saudi-led coalition.

Chinese weapons have indeed become popular with warlords, rebel groups and militias around the world given the absence of competing arms dealers. The Sudanese regime in Khartoum has been a prime recipient of Chinese military hardware and has used this position to become a weapons source for armed factions all over the continent.

China’s arms exports to Africa have coincided with a surge of investment by Chinese companies hoping to capitalize on the continent’s bountiful natural resources, as well as a steady buildup of Beijing’s own forces.

“Trade is a key element of China’s growing economic might,” O.E. Watch noted. “Should China be able to improve the reliability of its military technologies, it will increase the capabilities and prestige of its defense economy.”

So despite short-term setbacks, as long as there are wars in the world and people fighting them, China’s burgeoning defense industry will no doubt find customers.