The Siren Song of Missile Diplomacy 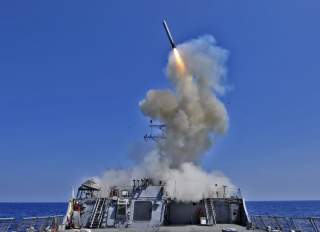 Over at Foreign Policy, Micah Zenko is wondering why discussion in the United States over how to respond to foreign policy crises always seems to center on a familiar choice: whether to bomb another country or else do nothing. Not only are other military options (including “boots on the ground”) routinely taken off the table by politicians and their advisers, but nonmilitary alternatives for dealing with crises are too often given painfully short shrift. “The debate shrinks immediately around whether and how to use the tactic of force,” Zenko laments.

The siren song of missile diplomacy is not new. Two decades ago, the Clinton administration also demonstrated a clear penchant for remote warfare. Twice in the Balkans—Bosnia in 1995 and Kosovo in 1999—did Clinton authorize airstrikes in the name of humanitarian intervention. In December 1998, cruise missiles and B-52 bombers were used to destroy critical infrastructure in Saddam Hussein’s Iraq. Earlier that year, missile strikes had been ordered against suspected terrorist facilities in Sudan and Afghanistan in retaliation for al-Qaeda’s attacks in the U.S. embassies in Kenya and Tanzania.

Why was President Clinton disposed to use airstrikes and long-range missiles instead of other tools of (military) statecraft? Today, why is President Obama similarly inclined—mostly recently as he ponders his response to the advance of ISIS militants across Syria and northern Iraq?

Political scientist Andrew Butfoy argues that, in part, the preoccupation with missile diplomacy is a product of the military affairs (RMA), which by the 1990s had bestowed upon the U.S. a technical ability to strike from afar that was unprecedented in military history. Yet Butfoy is clear that the technological advances of the RMA by themselves are underdetermining. Instead, presidency-specific factors are essential to explaining Clinton’s foreign policy.

After the loss of eighteen U.S. soldiers in the Battle of Mogadishu (1993), for example, Clinton’s appetite for overseas interventions was severely diminished. At the same time, the criticism leveled against the White House for failing to intercede on behalf of Rwanda’s Tutsis in 1994 highlighted the unconscionable limitations of “doing nothing” in response to international crises. In this context, “missile diplomacy” emerged as a way to project power and influence abroad at a relatively low cost to U.S. military personnel and the political establishment.

Obama’s torrid experience of inheriting the Iraq and Afghanistan wars can be seen in a similar light, as creating domestic-political incentives to push ahead with downsizing the U.S. global footprint and rely instead on remote warfare—drones, manned airstrikes, missiles—when there are international threats that cannot be avoided. This was evident in Obama’s policies towards Libya in 2011, Syria in 2013 (even if ultimately aborted), Yemen, Somalia and the troubled Afghanistan-Pakistan border region. Only the Afghan surge stands out as an anomaly.

Like Clinton before him, President Obama is reluctant to sign-off on large-scale deployments of troops for reasons of domestic politics. Yet as commander-in-chief, no president can afford to ignore perceived international crises. Since the end of the Cold War, the concept of the U.S. national interest has become so stretched in the minds of many domestic actors, including politicians from both parties, such that almost all instances of regional instability and humanitarian catastrophe can be considered worthy of military engagement. For the “indispensable nation” to do nothing while the world suffers could easily be political suicide for a president.

In the final analysis, it is this domestic bias in favor of viewing international instability as intrinsically threatening to U.S. national security that makes the White House predisposed towards answering questions of whether the U.S. should deploy abroad in the affirmative. All that remains is the question of how. For all its military inadequacies and ethical quandaries, then, missile diplomacy remains an attractive political option for those charged with crafting U.S. foreign policy. Rightly or wrongly, this political calculus shows little sign of changing.