The Sneaky Way China Could Win a Naval War Against America 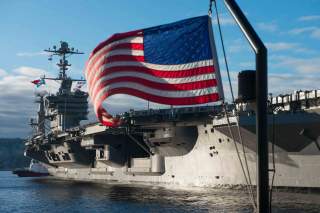