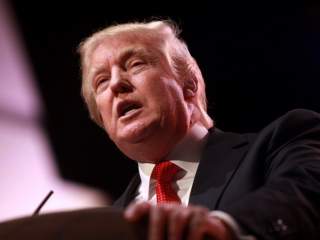 In the spring of 2006, three retired Army and Marine generals broke the silence and publicly condemned Rumsfeld’s brazen unilateralism, the Joint Chiefs’ frail subservience and the consequently disastrous management of Iraq. Shortly after, three other retired generals swelled the ranks of dissent. The April 14, 2006 front page of the New York Times brandished the headshots of five of these generals. Vanity Fair would refer to this unprecedented display of opposition as “The Night of the Generals.”

The GOP presidential candidates colonizing news cycle after news cycle have insisted the United States is in a state of war. Whatever progress President Obama made in marginalizing the “Global War on Terror” rhetoric of the Bush years has been largely undone by Trump and company. But regardless of whether their premise—that America is truly at war—is legitimate, we should be talking a whole lot more seriously about wartime leadership.

It’s time America challenges its candidates, Republican and Democrat alike, to explain how their experience, knowledge and temperament would dictate their supreme command of the military. Can a bombastic billionaire or a shameless socialist establish the “unequal dialogue” necessary for America’s military to thrive on the global stage?

The next president could strengthen, just as easily as dismantle, America’s indispensable civil-military balance. That is not a scale you want to tilt haphazardly.

Zach Abels is assistant editor at the National Interest.