The South China Sea Set to Boil: Is a U.S.-China Showdown in the Works? 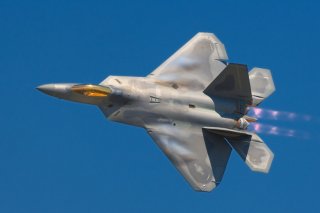 This summer promises to be a turbulent one for the Asia-Pacific region. As the recent Shangri-La Dialogue in Singapore made clear, the United States and China are each promoting a distinctly different view of the regional situation.

The United States continues to reiterate the need for regional stability, while China fundamentally perceives the South China Sea as a matter of its territorial sovereignty. As important, Beijing once again emphasized that, in its view, it is the United States that is destabilizing the region, by encouraging China’s neighbors to pursue territorial claims against it.

The fundamental disagreement about the South China Sea is likely to be raised at the coming Strategic & Economic Dialogue (S&ED) talks in Beijing.

This will be the last S&ED talks of the Obama administration, marking the last opportunity for the two sides’ senior leaders to discuss economic and security issues of mutual concern. It is likely that ongoing cyber espionage issues will join the rancorous problem of the South China Sea on the agenda, as well as the need to maintain stability on the Korean peninsula.

But as there has been no common ground on any of these issues before (China and the U.S. each see the other as most able to influence Pyongyang, for example), there is no reason to think that a major breakthrough will occur at the S&ED talks, unless Washington is prepared to make massive concessions.

Later this summer, the Permanent Court of Arbitration is expected to issue its findings in the case brought by the Philippines against China regarding activities in the South China Sea. China refused to participate in the arbitration case, despite signing the U.N. Law of the Sea Treaty (LOST); it is not clear how Beijing will respond if the court finds in favor of Manila, as is widely expected.

One worrisome option is that China may choose to declare an air defense identification zone (ADIZ) over the South China Sea. Secretary of State John Kerry has warned Beijing that this would be a “provocative and destabilizing act.” While various states, including the U.S., have established ADIZs, China’s air defense identification zone includes a demand that foreign military aircraft file flight plans if they will enter the ADIZ, whether they are bound for Chinese destinations or not.

This position parallels China’s view of the South China Sea, i.e., foreign military vessels may transit, but must not engage in intelligence-gathering and must report their presence to China in advance. A South China Sea air defense identification zone would reinforce China’s claim that the region is Chinese territory.

Airfields that China has built atop the artificial islands in the Spratlys, and probably at Scarborough Shoal, would provide Beijing with an enhanced ability to enforce its ADIZ claim.

As a map provided by Sen. Dan Sullivan, R-Alaska, demonstrates, Chinese control of the Paracels, the Spratlys, and Scarborough Shoal creates a triangle from which Chinese aircraft would dominate the South China Sea.

Would Beijing undertake such a momentous step? That remains to be seen, but Chinese rhetoric, backed by physical construction to alter facts on the ground and an increasingly capable and modern navy, provide it with the wherewithal.

Even if Beijing doesn’t declare an air defense identification zone this summer, it is clear that it intends to uphold its sovereignty claims in the future.