The South China Sea Showdown: A Tragedy in the Making? 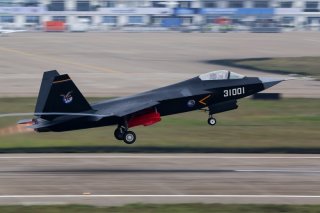 Satellite imagery of the South China Sea has established that over the previous twelve months, China has expanded its presence there by up to 1500 acres. The Chinese have been actively reclaiming land at the following reefs: Cuarteron, Fiery Cross, Gaven, Hughes, Subi, and the Union reefs (Johnson South and Johnson North reefs). One perspective on this activity is that it represents straightforward, aggressive Chinese expansionism, requiring a robust response. Alas, the situation is far more complex than this view suggests, and the policy response needs to take this into account. A few points merit highlighting.

First, it is not entirely clear that any international law has been violated. U.S. Assistant Secretary of State for East Asia Daniel Russel recently noted that Chinese “reclamation isn’t necessarily a violation of international law, but it’s certainly violating the harmony, the fengshui of Southeast Asia, and, its certainly violating China’s claim to be a good neighbor and a benign and non-threatening power.” Russel’s point is good counsel to the Chinese to ease up. However, one struggles to think of empirical examples to buttress his point. It is exceedingly rare for states on the periphery of any great power to view their neighbor as benign and non-threatening. Certainly, claims in the 1998-2008 period that China was viewed by its Asian neighbors as benign and unthreatening are now viewed as a far from accurate analysis.

Second, whatever the final solution is to this issue, it will have to, in some measure, incorporate a rising China’s concerns. To expect otherwise is an illusion. So, what is China’s perspective? Beijing maintains  that it respects the principle of freedom of navigation in the South China Sea. At the same time, the Chinese not unreasonably claim that they are merely doing what all states do, namely, defend state sovereignty. In the process, China views itself as having exercised restraint. Sheng Dingli, a Professor at Fudan University in Shanghai recently noted that ”the Chinese government has restrained itself. Our islands are still controlled by others, but we are not using force to take them back.”

Third, let’s be honest with ourselves. China is hardly the only state that has been busy at the reclamation game. One can easily envisage Chinese officials explaining to Secretary Kerry during his Beijing visit last weekend that China is merely responding to the actions of other states, in a general scramble for territory. More specifically, they will have pointed to reclamation activity of other states that occurred prior to the recent Chinese activity. Since August 2011, Vietnam has reclaimed 200,000 square meters of land in the Spratly Islands section of the South China Sea. Also, since April 2014, Taiwan has also reclaimed land in its South China outpost of Itu Aba Island. These claimants may appeal to our sense of fair play, pointing to the obvious disparity between themselves and China, both in state size and the resources available to enforce claims. On that score, our sympathies are surely with them. But, when has such logic ever been accepted as an argument against any state which is acting to secure its territorial claims against competing claimants?

Wherever one stands in the debate, what is not in doubt is that the status quo has been modified in ways that heightens the potential for more conflict. Not surprisingly, the U.S. is clear on who is responsible for this. Commander of the U.S. Pacific Fleet, Admiral Harry Harris has been quoted as saying that “China is creating a great wall of sand with dredges and bulldozers.” Indeed, in recent testimony before a Senate Committee, the Commander of the U.S. Pacific Command, Admiral Samuel Locklear characterized China’s pace of construction in the South China Sea as “astonishing.” He further posited that “if this activity continues at pace, it will give them (China) defacto control of the maritime territory they claim.” Locklear also speculated that this “might be a platform if they (China) ever wanted, to establish an air defense zone” in the South China Sea.

These views have not gone unchallenged by China, which equally unsurprisingly, views itself as defensive, and other claimants as adopting an offensive posture. In a speech in Washington DC on April 16 of this year, China’s ambassador to the U.S., Cui Tiankai, concisely laid out Beijing’s view on the South China Sea. First, China will defend its sovereignty and maritime rights, even while it exercises restraint. Second, China seeks to resolve disputes through diplomacy. Third, on the specific issue of the upgrading of Chinese facilities in the South China Sea, this activity is “well within China’s sovereignty.” Finally, China’s overall foreign policy is “defensive in nature.” Therefore, in seeking to resolve the South China Sea disputes, Beijing seeks to co-operate with all regional states, and “particularly with the U.S.”

Yet, slightly more than a week later, there was little co-operation on display from China’s Southeast Asian neighbors. At the late April 2015 Association of Southeast Asian Nations (ASEAN) Summit in Kuala Lumpur, ASEAN Secretary General Le Luong Minh contested China’s South China Sea claims. Asked about a recent Chinese Foreign Ministry spokesperson’s unusually blunt criticism of his alleged lack of neutrality on this issue, Minh responded: “What kind of neutrality are they talking about? Can I be neutral to ASEAN interests? How can I be neutral to the truth?” Positions appear to be hardening rather than softening. Thus, during Secretary Kerry’s recent Beijing trip, his Chinese counterpart Wang Yi expressed the view that “China’s determination to safeguard its sovereignty and territorial integrity is as firm as a rock and is unshakable.” Wang added that “we also hope to maintain peace and stability in the region and are committed to international freedom of navigation.” Whether the duality present in China’s views is in fact reconcilable (or not) with regional stability is a question that the region will now have to confront.

This piece first appeared as part of the Asia Maritime Transparency Project here.