The Strange Story of How One State Criminalized Compassion for Animals 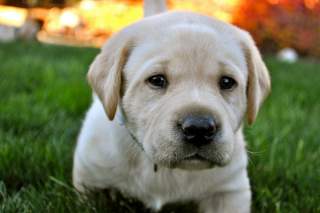 Giving physical therapy to animals usually isn’t too controversial, but apparently in Tennessee, it is.

A Tennessee licensing board has threatened to criminally prosecute two women for nothing more than helping horses through massage therapy. Their case shows just how asinine state occupational licensing laws can be: While the applicable regulatory scheme forbids their current massage practices, the training they are required to have would not cover the massage techniques they actually use.

Fortunately, the women found help from conservative lawyers at the Beacon Center of Tennessee, and they are fighting back against these irrational restrictions.

Laurie Wheeler of Leiper’s Fork, Tennessee, has a passion for horses. After adopting an abandoned horse named Jazz in 2010, Wheeler discovered that her new best friend suffered from a deteriorating muscle condition.

Wheeler sought traditional treatment plans, but high doses of drugs seemed to make matters worse for Jazz instead of better.

That’s when Wheeler met Martha Stowe, an equine massage therapist from nearby Williamson County, Tennessee. Stowe built a successful horse massage business while her husband was fighting for our country in Iraq and has supported her family of four through the entrepreneurial venture since his return.

Wheeler hired Stowe to work with the ailing Jazz and “noticed progress immediately.” In fact, Wheeler was so inspired by her horse’s improvement that she decided to follow in Stowe’s footsteps and learn the discipline herself to help Jazz and other hurting horses.

Wheeler enrolled in an accredited animal therapy school based in Indiana and became certified in myofascial release therapy. In 2011, she began using her newly acquired techniques to treat friends’ horses for free, and demand for her services has only increased since then.

In 2016, Wheeler graduated from massage therapy school in an effort to obtain a license in her home state of Tennessee to provide massage therapy to people, too. What started as a passion project was well on its way to becoming a small business where Wheeler could use her gift to treat both horses and their riders.

But before her business got off the ground, big government stepped in.

No License, No Massages

In April of 2016, Wheeler received a cease and desist letter from the Tennessee Board of Veterinary Medical Examiners explaining that she was practicing veterinary medicine without a license.

Wheeler initially put her business venture aside after receiving the threatening letter, but she could not turn a blind eye to horses forever. She asked the Tennessee board if she could continue her practice for free, but the board’s attorney answered “nay.”

Still, Wheeler remained undeterred. In her own words, “When I get a call from a friend whose horse is in the hospital and she’s desperate, I’m [going to] go.”

After that precise scenario arose, Wheeler observed: “[H]ere I am in the equine hospital doing what I’ve been told I can’t do or I’ll go to jail.”

This resolute spirit moved Wheeler to take on the Tennessee board that was threatening to take away her business and her liberty. With the help of the Beacon Center of Tennessee, a free-market think tank, Wheeler and Stowe are now poised to challenge the Tennessee law.

To prove the absurdity of the Tennessee law that mandates that equine massage therapists be veterinarians, Wheeler adds: “Even if I did go to veterinary school, which is basically what they’re telling me I would have to do to massage horses, I wouldn’t learn massage therapy.”

According to her lawyer, Wheeler would have to pay an expected $200,000 in tuition to complete veterinary school in order to lawfully practice a skill that she already knows and which would not be covered as part of the standard four-year veterinary curriculum.

Only the government could dream up such an attenuated and burdensome requirement.

Wheeler’s attorneys gave the Tennessee board until Feb. 27 to withdraw its threat and to stop the absurdity by excluding massage therapy from the state’s definition of veterinary medicine before filling suit.

That deadline passed without a resolution, but Wheeler can take heart in the success of fellow equine therapists in Arizona.

Just weeks ago, the Institute for Justice claimed victory over the Arizona State Veterinary Medical Examining Board on behalf of three animal massage therapists. After nearly three years of litigation, the Arizona board agreed to lift the veterinary license requirement for animal massage therapists who, like Wheeler in Tennessee, previously faced up to six months in jail for massaging a horse.

This agreement follows another licensing victory in Arizona after public outcry persuaded the Arizona Board of Cosmetology to drop an investigation into an aspiring cosmetologist for giving free haircuts to homeless people in violation of state barber licensure laws.

Let Them Live in Peace

Tennessee should follow Arizona’s lead and exempt Wheeler, Stowe, and other animal massage therapists from veterinary licensure requirements that do not even require training in their discipline.

After all, if it’s illegal to massage a horse, where will the Tennessee board draw the line? Is it practicing veterinary medicine when someone rubs a dog’s belly? What if the rubbing is meant to soothe Fido’s stomachache?

Instead of criminalizing compassion and attempting to unnecessarily compel compliance with regulatory objectives through the criminal law and penalties, state governments ought to focus their attention and limited resources on more pressing matters and leave animal lovers like Wheeler and Stowe alone.