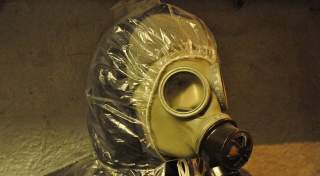 Then things got weirder.

“Sic Transit Gloria Mundi. In these last few days the ax has been falling all over the world. Not only has it cut down such diverse figures as Khrushchev and Lord Home, but it has shown itself no respecter of either victor or vanquished; both the Cardinal’s Johnny Keane and the Yankees Yogi Berra have felt its edge.”

Thus passes the glory of the world. Lord Alec Douglas-Home was the British prime minister, but lost the position on Oct. 15. Johnny Keane and Yogi Berra were both baseball managers. Keane ran the St. Louis Cardinals and Berra managed the New York Yankees.

The two faced off against each other in the World Series that year. Keane’s Cardinals won, but he resigned from the team a few days later. The owner of the Yankees fired Berra. The two best teams in the league no longer had managers.

It’s an odd moment in the briefs, the most personal and human moment I’ve seen so far. Between baseball, nuclear China and the hippies, the 1960s must have seemed like a turbulent time to the CIA.