The Sum of all China's Fears: Genetically Modified Food 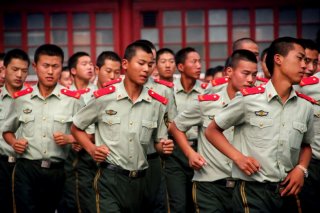 Among the worries that keep Chinese leaders awake at night surely is food security. Li Keqiang's first priority upon taking the premiership in 2013 was agricultural modernization. Civil rebellions and wars throughout China's history were fueled by the Malthusian need to keep people fed. As the nation now urbanizes, the demands of keeping Chinese healthily nourished grow more acute. A spat over genetically modified (GM) food encapsulates the dilemma.

Yet with subsidies boosting rural incomes at US$75 billion or 11% of total output, domestic price support has perversely created high consumer prices and, surprisingly, a temporary “grain glut.”

In seeking self-sufficiency, China has hit an ecological ceiling. Crop yields still lag, and only with unprecedented fertilizer application rates. Now the productivity crunch is being sharpened by shortages in three key areas: land, water, and labor.

Chinese often say that “22% of the world is fed with 7% of its arable land.” Urban sprawl has in a dozen years gobbled 8.3 million arable hectares (twice Japan's total arable land) and threatens China's “red line” of 120 million hectares. Official statistics deny this threshold has been breached but cities have been ordered to stop paving over surrounding countryside. 40% of China's arable land has already suffered some degree of degradation. Water is becoming a constraint to food supply even as bureaucrats, incredibly, prioritize thirsty coal production. It might also seem odd that China faces a farm labor constraint, but migrants prefer life in the city. Chinese farming is a rotten business.

The reason is simple: farmers can't own and can't sell their land, so their plots are tiny. The average dairy farm has seven cows. China doesn't do agriculture, as someone has wittily observed, it does
“gardening.” Fragmented farms and supply chains result in pork production costs twice America's. There are huge ideological and social barriers to outright rural land privatisation, but Beijing is gingerly experimenting with industrial farms. Factory farming is contentious, however, and some worry about China following the American model. In China itself, food safety scandals have alarmed the public.

Enter the GM controversy. “Frankenfood” is furiously debated in many countries, but the squabble in China is unusually heated in a society where the state typically commands the agenda. In fact, in their pro-GM campaign, government scientists are visibly frustrated by the opposition, led by hawkish major general Peng Guangqian who detects “a monumental, supremely devious plot to annihilate the Chinese people.” Xenophobic conspiracy themes are perpetuated by nationalistic officials. Chu Xuping, a senior figure in the agency overseeing China's state-owned enterprises, rejects foreign investment in grain, pharmaceutical and water treatment SOEs. The dog-whistle message to the public is unmistakable: no Western fingers contaminating China's supply chain. (Incidentally a Chinese company owns Northumbrian Water in the UK).

China's GM rejection is rippling across world trade, visible recently in an ugly dispute over unapproved US GM corn. Beijing's stance may be geopolitically motivated; to allow a shift to friendlier Latin American sources. But there is also genuine concern about the sanctity of Chinese crop strains as GM seeds overrun the planet.

A close examination of president Xi Jinping's supportive pronouncements on the topic reveals what this is really about: “We must boldly innovate the heights of GMO techniques, and we cannot let foreign companies dominate the GMO market.” An industry analyst is more blunt: “The main reason for China's slow adoption of biotech grain crops isn't so much that the government is swayed by public opinion. It's that China doesn't have leading, marketable biotechnologies and is afraid of having the market controlled by foreign companies once commercialization is granted.”

Here is the nexus where land and water scarcity and concerns over food safety, social stability, industrial competitiveness and foreign dependence all meet. GM food is the sum of all China's fears.