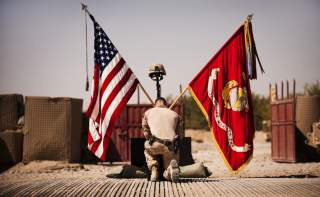 In September 2004, President George W. Bush made a rare acknowledgment about the realistic outcomes of the war on terrorism in an exchange with Matt Lauer:

Lauer: Do you really think we can win this war on terror in the next four years?

Bush: I have never said we can win it in four years.

Lauer: So I’m just saying, can we win it? Do you see that?

Bush: I don’t think you can win it. But I think you can create conditions so that those who use terror as a tool are less acceptable in parts of the world—let’s put it that way.

This surprising remark came long after President Bush had repeatedly made the maximalist pledge that all global terrorists, as well as their ideology, would be defeated and destroyed. This was the purported strategic objective that was supposedly guiding U.S. counterterrorism strategies. As the February 2003 National Strategy for Combatting Terrorism proclaimed: “Objective: Destroy terrorists and their organizations. Once we have identified and located the terrorists, the United States and its friends and allies will use every tool available to disrupt, dismantle, and destroy their capacity to conduct acts of terror.” Moreover, this guidance was supposedly working; as Bush stated  on August 30, 2004, the month before speaking with Lauer: ”I have a clear vision and a strategy to win the war on terror.”

The President’s recognition, said during the height of the presidential campaign, was immediately denounced by Sen. John Kerry’s campaign, which released mildly humorous statements: “Bush Flip-Flops on Winning the War on Terror” and “Bush: Against Winning the War on Terror Before He Was for It.” Kerry’s running mate, John Edwards, proclaimed, “Saying we can’t win one day and flipping around the next day sends exactly the wrong message to the American people, to the world–and most importantly–to the terrorists who seek to harm us.”

The next day, August 31, while addressing the American Legion National Convention, Bush changed course and reverted to articulating the same implausible strategic objective that he had made the previous three years: “We meet today at a time of war for our country, a war we did not start, yet one that we will win…make no mistake about it, we are winning, and we will win. We will win by staying on the offensive. We will win by spreading liberty.”

This brief moment of clarity and honesty made eleven years ago is almost quaint in comparison to how Obama administration officials now describe progress in the war on terrorism. They no longer pretend the war can be won, or that it will even end. The expansion and growth of terrorist organizations that the United States claims it will destroy, and state of perpetual warfare are just something that Americans should accept and get used to. As CIA Director John Brennan noted this April, “It’s been a war that has been in existence for millennia…So this is going to be something, I think, that we’re always going to have to be vigilant about.” In short, the war on terror has always been with us, and it always will be.

I have a new piece in Foreign Policy that proposes a The National Commission on the War on Terrorism, which would consist of ten former officials, diplomats, and experts—with no personal or financial interest in the outcome—who would comprehensively review, evaluate, and offer new policy recommendations. Such commissions are rarely meaningful or impactful. However, current government officials and congressional members are too personally and professionally vested to objectively evaluate current strategies, demonstrate strategic learning, or implement any new policies. In short, U.S. counterterrorism strategy is both failing and frozen. The National Commission on the War on Terrorism would cost less than $4 million, and could be included in an authorization bill today. It would then be formed in the fall, with its conclusions and recommendations made publicly available in January 2017, just in time to inform Obama’s successor and the 115th Congress. It is a low-cost initiative to rethink the war on terrorism, and one that this Congress should pursue.