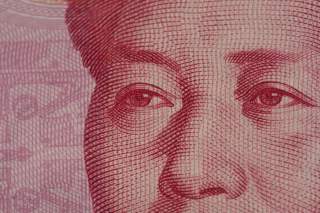 Since the 2008–2009 global recession, China has accounted for roughly one-third of global economic growth, by far the highest in the world. With a GDP of roughly $11 trillion (current prices), the second-largest in the world after that of the United States, any economic slowdown in this Asian juggernaut is bound to have enormous global consequences.

The rate of economic growth in China has decelerated from 9.3 percent in 2011 to 6.8 percent in 2015 (and the accuracy of the latest figure is in serious question due to a host of other economic indicators). The question is what impact a further slowdown in China would have on the U.S. economy.

There are three primary channels in which a significant slowdown in China could affect the U.S. economy. The first is through trade. In 2015, China was America’s third-largest export market, after Canada and Mexico, respectively. U.S. exports were valued at $116.2 billion, a 50 percent increase since 2008. Exports to China accounted for 7.7 percent of total U.S. exports in 2015, not an inconsequential figure, but not devastating to U.S. export revenue in the event of a further Chinese stall in growth (Chinese exports to the U.S. were $481 billion in 2015).

The second channel is financial. The Chinese are now the largest holder of U.S. debt standing at $1.2 trillion in April 2016. This currently represents 20 percent of total foreign debt holdings.

In the event of a further slowdown in the Chinese economy, the Chinese government may want to sell some of these securities for economic stimulus. This could lead to a fall in U.S. bond prices (that is, a rise in domestic interest rates), depressing domestic investment. This impact has been discussed extensively and largely exaggerated for two reasons. First, the Chinese are unlikely to liquidate a large portion of their U.S. Treasury holdings because it might lead to a capital loss on their existing holding. Second, U.S. Treasuries are the most liquid and coveted securities in the world. In an economic crisis, investors would flee toward Treasuries. The recent economic crisis illustrates this.

So what is the likely net impact? According to the OECD, a 2 percent decline in Chinese domestic demand growth will cause a decrease in U.S. GDP growth rate by approximately 0.3 percent. Bottom line? With an economy drifting along at a lackluster 2 percent rate of growth, this drop is neither insignificant nor traumatic.