The Trump Record After One Year 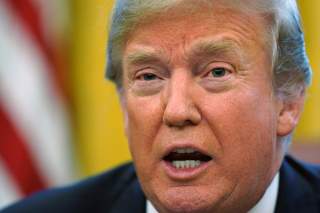 Has Donald Trump performed well in foreign policy over the past year? Or have things been rockier than Trump’s admirers might like to concede? These were some of the questions debated at a lunch at the Center for the National Interest (CFTNI). The lunch was moderated by Charles Boyd, a retired four-star general of the United States Air Force who is the chairman of CFTNI.

Niles Gardiner, who is the director of the Margaret Thatcher Center for Freedom at the Heritage Foundation, took a decidedly optimistic view. “I didn’t work for the Trump transition or the Trump campaign,” Gardiner was careful to inform the audience during the lunch at the Center for the National Interest (CFTNI) on Friday. He went on to note that he had been a Ted Cruz supporter during the 2016 primary campaign. But Gardiner has been pleasantly surprised, even enthused, by year one of President Donald J. Trump. Trump’s foreign policy, he suggested, has been more successful than many in the foreign policy establishment have been ready to acknowledge. According to Gardiner,

You saw the president give an absolutely outstanding, in my view, speech in Warsaw, sending absolutely the right message to Russia and other strategic adversaries of the United States and also a very powerful defense of Western values and Western civilization. I think his Warsaw speech has actually been his most important speech so far.

Gardiner also awarded the Trump administration plaudits for its handling of Iran, particularly the nuclear deal and recent anti-regime protests. “The approach has been far, far better than the Obama administration’s approach,” Gardiner said. The Obama administration had been suffused with illusions about the efficacy of the deal. Trump, by contrast, is not. “The Iran nuclear agreement has been a spectacular failure, in many respects, and the president has rightly called for the agreement to be strengthened.” Absent real progress, he added, “the United States will walk away from the deal.” Gardiner’s summation could not have been more positive: “There is much to be commended in this administration’s approach,” said Gardiner.

By contrast, Dov Zakheim, a Republican who has held a number of senior government positions, including under secretary of defense (comptroller) during the George W. Bush presidency, seemed rather less sanguine about the administration’s first year. Zakheim made a number of important and cogent points. He noted that trends of recent years, including the rise of Trump, have abrogated much of America’s traditional soft power role, and encouraged the rise of the authoritarian model globally. “The fact of the matter is, there seems to be a new impulse in Europe to do stuff on their own, and don’t forget the Canadian foreign minister’s speech about doing the same thing,” said Zakheim on Friday. “You have to wonder whether everything that’s been going on is necessarily in America’s interest.… We need to be a little less enthusiastic about Mr. Trump’s leadership.”

When it came to the issue of American leadership, Zakheim pointed to a disturbing proclivity on Trump’s part to indulge authoritarian behavior abroad. He pointed specifically to Poland and Turkey. According to Zakheim,

There’s the question of authoritarians, and [Trump’s] example … Why do the Poles, and why do the Hungarians, and why does [Turkish President Recep Tayyip] Erdogan feel their oats, more and more, now? Because they look what our Mr. Trump says about the media.… For that matter, Mr. Netanyahu can do more and more to his media. He loves Mr. Trump.

Zakheim emphasized: “You’ve got to ask yourself: Is the American example the shining city on the hill?” By contrast, Gardiner insisted that America remains a bastion of democracy and that Trump should be more even more energetic in promoting American values. Specifically, he stated that it was imperative that Trump perform such actions as reaching out to Russian dissidents, much as in the mold of Ronald Reagan during his presidency in the 1980s. Hovering over the discussion, however, was the question of National Interest magazine editor Jacob Heilbrunn who asked if their wasn’t undue “yearning” for the cold war era, when the divisions between democracy and communism seemed clear-cut. The implication of his question was that decades after the cold war ended, America has yet to discover an answer even as it debates the extent of its involvement abroad.